With the Koala population in decline QUT researchers are eager to find better ways to track the animal population.

Who does not like a cute little Koala bear? They are basically what a Pokemon would look like if it were possible to traverse and explore the Kanto region.

Utilizing the aerial prowess of the popular UAV tech, drones, researchers have managed to create an innovative less invasive way to monitor the large populations of Koala bears and other at-risk animal populations.

SEE ALSO: KOALA GENOME COULD HOLD THE SECRET TO HOW TO SAVE THE SPECIES FROM EXTINCTION

Koala bears are more closely related to kangaroos and the wombats than there name would otherwise imply. Nevertheless, the “bear” in the animal’s name derives from its cute demeanor, resembling that of a teddy bear from your favorite store. Nevertheless, the Koala is a marsupial.

Currently, there are only 2,000 to 8,000 koalas in the wild. Though this does not place the Koala on the endangered list, this does constitute a concern for researchers as the population of these animals has dropped nearly 90% in less than a decade.

The drone monitor system was presented by QUT in the Nature journal Scientific Reports. In the published paper the team describes using an algorithm for locating the koalas using drones that can detect heat signatures.

This could help combat the declining koala population, giving researchers a better way to manage the populations.

Dr. Grant Hamilton, from QUT's School of Earth, states, "Nobody else has really managed to get good results anywhere in the world in a habitat this complex and in these kinds of numbers. This is not just somebody counting animals with a drone, we've managed to do it in a very complex environment." 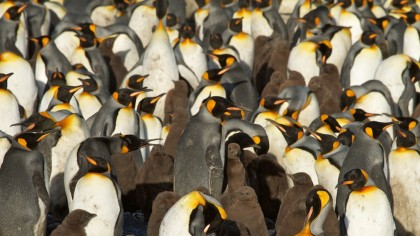 The drones are able to provide aerial sweeps of massive environments, with the ability to spot around 86% of the population, a big improvement compared to previous methods, saving on time, personnel, and even money.

Though the team is pleased with the results, they do not want to throw out traditional spotting methods like sending humans, GPS trackers,  or dogs into wild just yet. The drones provide a strong alternative when these methods are not available.

The biggest benefit of using drones centers around how noninvasive the technology is without disturbing the Koala population. Even more so, this drone spotting system could be used to help monitor other populations of endangered or at-risk animals across the globe.

As drone technology improves and autonomous technology becomes more precise, this tool could be great for the long term study of various animal populations around the globe.