Dubai, the city of gold is yet again in the news for announcing the plans to build the world’s largest waste-to-energy plant, converting solid waste into energy. The Dubai Municipality announced on Monday the launch of this mega project, which will be set up in the Warsan district.

The waste-to-energy plant will power 120,000 homes

Expected to be up and running before the World Expo 2020, the $544m plant will transform up to 2 million tons of solid waste annually, which makes up 60 percent of the total annual garbage produced by the city. The massive plant is capable to treat 5,000 tons of waste and produce 171MW of electricity, which is enough to power 120,000 homes. Once the plant is fully functional after three years, it will receive 2,000 tons of solid waste per day in the first phase, which will produce 60MW of power.

The project is being developed in collaboration with the Dewa (Dubai Electricity and Water Authority) and the plant once completed will be connected to the local grid through 132kV cables. Hussain Nasser Lootah, the Director General of Dubai Municipality signed an agreement with a Swiss company Hitachi Zosen Inova, one of the leaders in thermal waste recovery and a Belgian construction company BESIX Group, to build and operate the facility.

This waste-to-energy plant design will also feature a facility to recover the energy and thermally treat the residual gases resulting from incineration. “The waste coming from the bunker will be treated at the combustion room at a very high temperature, 1,200 degrees,” explained Roni Araiji, managing director of Hitachi Zosen Inova branch office in Abu Dhabi.

The move from the Dubai Municipality reflects emirate’s commitment to reduce landfill waste by 75 percent as a part of the Clean Energy Strategy. “This will help further diversify our supply and it will help sustainability. We have more than 10,000MW [installed capacity] and this will support the system”, said Saeed Mohammad Al Tayer, MD and CEO of Dewa.

However, Dubai isn’t the only one considering to reduce the carbon footprints. A hybrid power plant, utilizing municipal waste and solar energy is already planned to be installed in the city of Shenzhen, China, which is expected to treat 5,000 tons of waste every day in return to electricity. 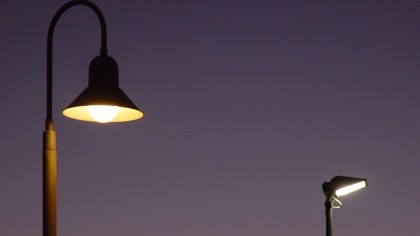 These plants function by thermally treating the waste. Municipal solid waste is stored in a bunker and is fed to the hopper after thoroughly mixing. This trash is then burned in the combustion chamber to produce more heat, which is then utilized to convert water into a superheated steam. This hot steam expands in a steam turbine generator to produce electricity.

Waste-to-Energy generation is increasingly being considered as a promising energy diversification strategy by many countries of the world. European countries like Sweden, Germany and Luxembourg, however, lead in experimenting with this alternate means of producing energy.