Dubai has been a new adapter of fresh technology, and that trickles down even into its law enforcement. City officials announced recently that they will add miniature autonomous police cars and drones to its patrol. These devices come equipped with facial recognition technology.

These cop cars won't be able to handle a thrilling high-speed chase. They move at a leisurely pace. However, the O-R3 comes with impressive technology. It uses its own machine-learning algorithms. Simply put, the patrol car can gather and synthesize data on the go and sift through information accordingly. The cars are outfitted with laser scanning, lidar, and GPS. They also come with thermal imaging and license plate reading technology. Police can also control the car behind the dash if need be.

The cars and drones are programmed in partnership with Otsaw Digital. The Singapore-based manufacturer told the Washington Post that the drone and car pairing is the "first of its kind."

"We seek to augment operations with the help of technology such as robots," Abdullah Khalifa Al Marri, the head of the Dubai police, said in a statement. "Essentially, we aim for streets to be safe and peaceful without heavy police patrol." 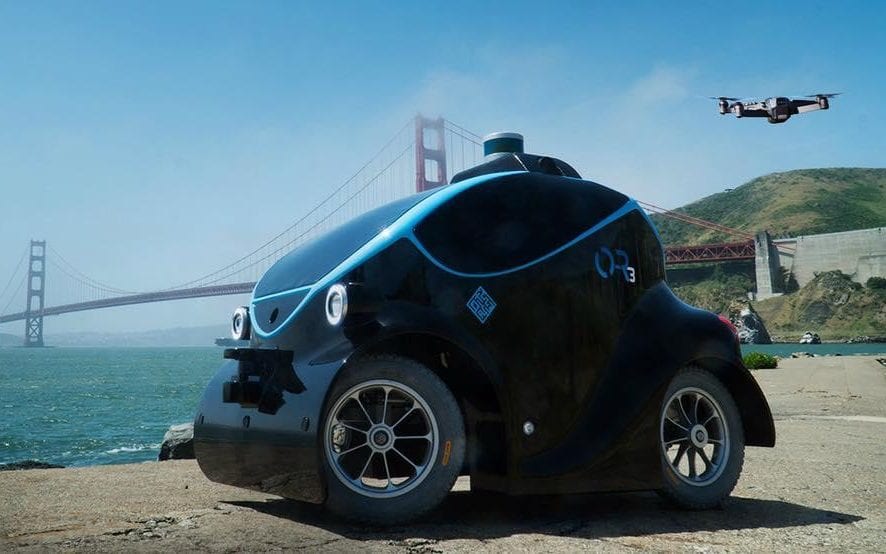 This isn't the only high-tech addition to the Dubai police force. Last month, the world's first robotic police officer started patrolling the city's streets. REEM, the first member of the autonomous police force, was meant to offer 24/7 service to those in need. The "Robocop" speaks both English and Arabic. He'll soon be upgraded to speaking four languages within the upcoming months. The city wants to introduce an upscaled, 10-foot (3 meter) tall model. That upgrade is planned to be significantly more impressive, boasting speeds of up to 50 mph (80.5 kmh).

The city has said in previous statements that it hopes 25 percent of its police force will be robotic by 2030. This goal isn't to replace its preexisting force, according to officials. They simply want to alleviate the workload of tracking smaller suspects and managing resources more efficiently. It's certainly on its way there.