Tesla founder Elon Musk famously hates hydrogen fuel cells so it's likely he will never approve of this modification.

Holthausen Group, a gas supplier in the Netherlands, has managed to increase the range of a Tesla Model S by supplementing it with a hydrogen power source.

Called Project Hesla, the company’s founder announced that testing has begun on the hacked hydrogen-powered Tesla. The car was sourced second-hand and modified by Holthausen, and became a fuel cell car by having its battery pack taken out and replaced with hydrogen fuel tanks and the fuel cell generator.

Elon Musk famously hates hydrogen and has called fuel cells “fool cells” in the past. The Hesla endeavor might not meet his approval.

“They’re mind-bogglingly stupid. You can’t even have a sensible debate. Consider the whole fuel cell system against a Model S. It’s far worse in volume and mass terms, and far, far, worse in cost. And I haven’t even talked about hydrogen being so hard to handle. Success is simply not possible,” Musk told AutoCar Magazine in 2013.

However, it seems the Dutch gas company might have found a way by taking the benefits of the existing electrical infrastructure within a Model S and adding a second layer of charging at minimal weight. Max Holthausen one of Holthausen’s engineers called the process of adding these add-ons a, “big maze.” 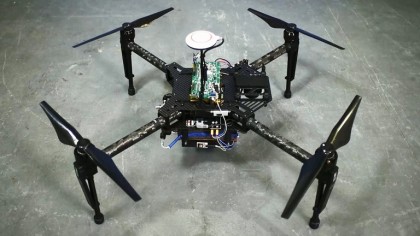 “There you have to make adjustments because the car does not accept any power from an external source,” says Holthausen on the company website.

There are two main sources of power on a Hesla; the first is the onboard battery and the second from the hydrogen tanks fitted in the car. The hydrogen is then led into a fuel cell to provide supplemental charge to the array, increasing the range of the Model S to 1,000 kilometers (over 620 miles) from a full battery charge and a full tank of hydrogen. This is double the range Tesla advertises for the Model S, which has an EPA-rated range of 335 miles (539.1km). The company hasn’t specified which version of the Model S they used.

Hydrogen fuel cell vehicles are generally very expensive to own and run; there are only 39 public hydrogen filling stations in the U.S. at the moment.

Therefore the largest boundary for projects like Hesla is cost; the conversion cost a massive $58,000 on top of the car’s price. Holthausen plans on selling the entire kit for this amount, and even claim to have many requests coming in from Holland and elsewhere. Combined, the Model S P100D and the hydrogen charging system will set an owner back $205,000.

Holthausen is continuing to work on the prototype and hoping to gain more data within the next few months.

Hydrogen fuel cell vehicles are said to combine the range and refueling capability of conventional cars with the environmental awareness of an EV. Their attractiveness lies in a wider range than their electric counterparts. The trend is becoming more mainstream, as Japan plans on running the Tokyo Olympics on hydrogen. Japanese automakers, Toyota and Honda both have fuel-cell cars on the road and hope to see hydrogen-fuelled Mirai sedans carting athletes back and forth from the Olympic village to the venues.

Despite the luxurious aspects of these cars, Toyota claims that fuel cell cars will be as cheap as hybrids by 2025.

“In the early 2020s we will launch the next generation of hydrogen fuel stack technology, and that will provide a substantial move forward,” said Naomichi Hata, general manager of new business planning for Toyota to AutoCar.

Via: AutoCar, AutoEvolution, The Drive