In 2014, the National Safety Council of America released their annual Injury and Fatality report, which revealed that 26 percent of the nation's traffic accidents resulted from cell phone use while driving.

Texting was only 5 percent of the total cause of collisions, while a vast majority included talking on mobile devices, including those using hands-free operation.

The distraction of a mobile device has been compared to driving while intoxicated; and in some countries, the punishment is as severe, which I believe is rightly so. However, not much attention has been directed to incidents involving pedestrians on smartphones.

I know what you're thinking: how could a pedestrian using a smartphone cause an accident? The answer is quite simple.

Pedestrians channeling their focus on mobile devices mean they are not aware of their surroundings. We've all seen the YouTube videos of smartphone addicts walking into stationary objects. But what I'm really referring to is 'Inattention Blindness'. These are incidents where the pedestrian is unaware of the signs ahead, literally and figuratively.

If a pedestrian is engrossed in their smartphone while heading down the sidewalk they could land up wandering into traffic. Still not convinced? watch this video here.

Bodegraven, a small town in the Netherlands, is doing something about this. The town have installed a prevention measure of sorts; traffic lights fitted in the pavement. 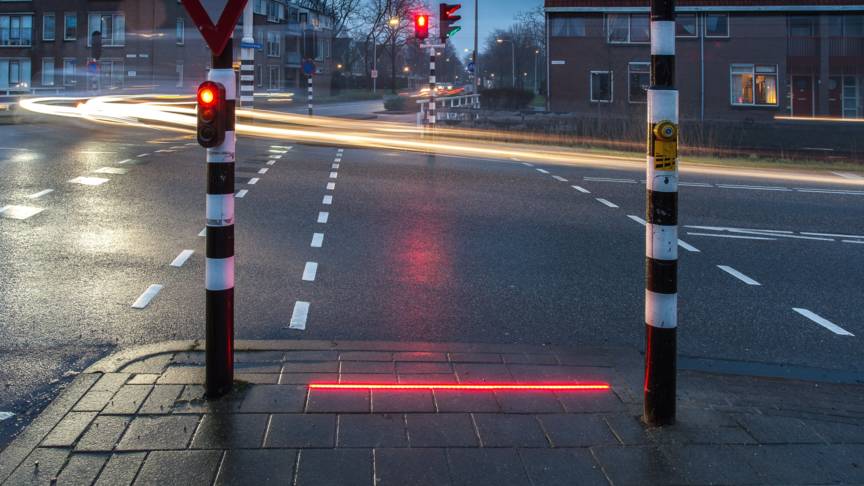 A strip of LED lights is embedded in the pavement that mimics the traffic lights at a pedestrian crossing. The lights are visible when looking down in order to be in the line of sight of mobile phone users.

The innovation is produced by HIG Traffic Systems, a company based in Bodegraven. The LED's are only fitted in a single intersection at the moment and are in the trial phase. 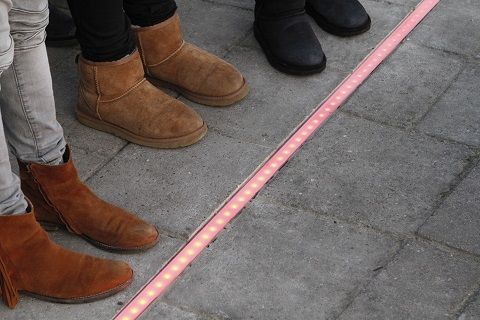 A spokesperson for the company says "Smartphone use by pedestrians and cyclists is a major problem. Trams in The Hague regularly make an emergency stop because someone looks at their smartphone instead of traffic."

However, the lights haven't been welcomed by all. "It's not a good idea to help mobile phone users look at their phones," said Jose de Jong from the Dutch Traffic Safety Association, "We don't want people to use phones when they're dealing with traffic, even when walking around. People must always look around them, to check if cars are actually stopping at the red signals."

Is this idea helping or enabling? Either way, the concept is gaining momentum. Bodegraven isn't the only town to implement the lights. The German city of Augsburg has a similar approach as can be seen in the video below.