From vacuum cleaners to electric vehicles. The UK appliance maker is set to take on the worlds biggest automotive companies when it launches its new EV venture.

Dyson, the company that introduced bagless vacuum cleaners and propellers fans have announced they will open an electric car factory in Singapore. Founder of the company, engineer, James Dyson announced his company’s cars would be “radically different” to current electric vehicles.

Rumors in the industry suggest Dyson has plans for a series of EV’s. Initially, a high-end model (likely to compete with brands like Audi and Porsche) followed by two cheaper cars designed for the mass market. These more affordable cars might go up against vehicles like the Chevy Bolt and the Tesla Model 3. Dyson has reportedly nominated around £2 billion ($2.6 billion) for the scheme.

They say they will hire an additional 300 automotive vacancies at its new R&D center in Hullavington in the UK. While it might seem a stretch to go from vacuum cleaners to cars but the company is experienced in building the components essential to EV’s including electric batteries and digital motors or brushless DC motors.

Despite marketing themselves heavily as a UK firm, Dyson will open the company's first EV plant in Singapore. In a press release mailed to Interesting Engineering Dyson explained the reasoning for further expansion in Asia.

“The decision of where to make our car is complex, based on supply chains, access to markets, and the availability of the expertise that will help us achieve our ambitions. I am delighted to let you know that the Dyson Board has now decided that our first automotive manufacturing facility will be in Singapore," wrote James Dyson in a letter to employees. 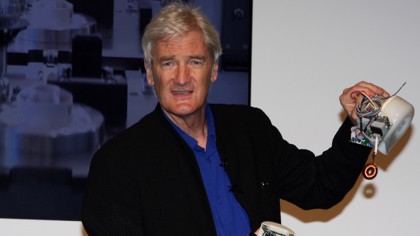 "We will begin construction in December, and it will be completed in 2020, meeting our project timeline.” Dyson already has a team in Singapore and will expand on that to build the new factory.

Dyson continues saying, “Singapore has a comparatively high-cost base, but also great technical expertise and focus. It is, therefore, the right place to make high-quality technology loaded machines, and the right place to make our electric vehicle... It is a fast-moving, exciting, and pivotal project for Dyson; thank you for all you are doing to help us realize our ambitions.”

James Dyson has reportedly been interested in building electric cars for more than two decades after becoming aware of how much air pollution is caused by vehicles. The company first announced its intention to create electric vehicles back in 2017. While it's unclear at this stage what exactly a Dyson electric car will look like. It's good news for the market and the environment if this innovative company can revolutionize the product as much as they have done for home appliances in the past.