Early Signs of a Market Crash for Huawei's P30 Pro

With a U.S. Sanction drive suspending Huawei’s business with Google early signs of a price crash for the provider's flagship P30 Pro may be in the works.

With a U.S. Sanction drive suspending Huawei’s business with Google, ARM, and others, early signs of a price crash for the provider's flagship P30 Pro may be in the works.

As reported, this week, by Forbes cybersecurity specialist Zak Doffman, the resale value of the P30 Pro has dropped up to 90% of its retail price of $1150 to a mere $130. While retail prices remain stable, the question many are asking is: to what extent are these secondary market drops an omen of an overall crash, still to come.

As Zak Doffman comments in Forbes, the current situation is quite ambivalent:

“The price of the well-known Chinese smartphone maker, Huawei’s best smartphones begins to fall so much just within a week after the ban was confirmed by the US Government, and as a result of this down is the reflection of a volatile market which is driven more by the feeling of the brand and advertising than by reality”

As the situation pans out, Huawei has taken a proactive if not aggressive position – setting up a cyber-transparency headquarters in Brussels to showcase, to fearful investors, its dedication to information security. Further, the company has boldly pursued a lawsuit against the US government itself, on the grounds of unconstitutional interference in trade.

Contesting the US governments ban on the purchase of Huawei equipment or services by US government agencies, Guo Ping (the companies CEO) states:

“This ban is not only unlawful, but also restricts Huawei from engaging in fair competition, ultimately harming US consumers. We look forward to the court’s verdict, and trust that it will benefit both Huawei and the American people.”

Directly responding to US Government accusations on the companies threat to national cybersecurity, the company officially announced on its website: “The allegations from the United States have not been backed up by any evidence so far. Huawei’s devices and networks are not a threat to the United States, or any country.”

As Lily Kuo, a Journalist for the Guardian observes, Huawei is taking the following strategy to contest the US decision:

"The ban, a provision of the National Defence Authorisation Act signed by Donald Trump in August, also prevents government agencies using third-party contractors who use Huawei products. Huawei alleges it amounts to a “bill of attainder”, a legislative act forbidden under the US constitution in which an individual or group is declared guilty of a crime without trial."

To circumnavigate these early signs of an impending crash, Huawei will have to step carefully and cleverly in the coming months. It's not only a matter of legal victory but of preserving the companies PR face for Western consumers.

As more and more countries enter the cave of fear, surrounding national security threats presented by the provider, so will citizens of these respective countries personal positions on the sharing and exchange of private information, through Huawei, serviced devices, change.

After all, do you really want to trust a phone provider that is banned for sale by your government institutions? It is clear that Huawei will not only need to convince governmental bodies but also their consumer citizens that it, in fact, is not collaborating with the Chinese Government.

As Huawei’s chief legal officer, stated on Thursday: “Huawei is not owned, controlled, or influenced by the Chinese government. Moreover, Huawei has an excellent security record and program. No contrary evidence has been offered.”

This phone case and wireless battery system will change the way you use your smartphone. 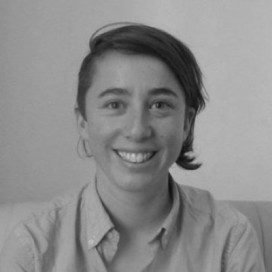