The now retired Bolt shared his latest running victory in zero gravity conditions, proving not even lack of gravity can hold back this incredible sprinter.

World-record holder Usain Bolt made an attempt at setting a new kind of record, but this time it involved conditions that mimic the spaceflight experience. 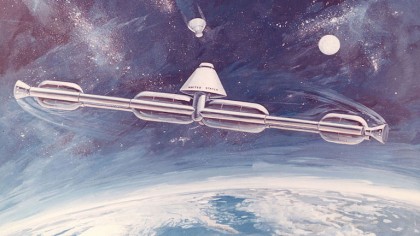 On Wednesday, Bolt shared a video of himself running in a zero gravity-induced race competition with two astronauts. The results, of course, were a victory for the Olympic runner.

Armed with a classic running stride enhanced by his long legs, he slightly outpaced his competitors on the first lap, who attempted a low crawl and even a dramatic tuck and roll movement as a strategy to move ahead. On the return lap, however, he easily held onto his spot in the lead.

The other two competitors were good sports, and after the race, everyone celebrated with a champagne toast, also in zero gravity.

Before the event, Bolt, who goes by the motto of "Anything is possible; I don't think limits", also shared an image before he suited up.

Although this is Bolt's first time experiencing the effects of zero gravity, it is not his first time being linked with a space-related project.

Last year, a group of scientists from the University of Birmingham Astronomical Society in the United Kingdom, in an effort to generate more interest in science for young children, made the decision to name a constellation after Bolt.

Look up to the stars

He was one of eight celebrities featured in the project along with Harry Potter, Serena Williams, Malala Yousafzai, and Sir David Attenborough and other diverse trendsetters and influential people that are well admired, and more importantly, whom children look up to. The name of the project, 'Look Up To The Stars', was created as part of the Big Bang Fair, an annual event that celebrates young scientists and engineers in the United Kingdom.

Director of Communications EngineeringUK, the organizing agency for the event, said about the impact of the project: “It was an honor to work alongside The Big Bang Fair to develop a new set of constellations for the modern day to encourage children today to look up to the stars. We really hope these new creations will help people of all ages develop their interest in space and astronomy, working to inspire the next generation of astronomers to take an interest in the field.”

Work in the area of space sciences research will continue to evolve, especially in this era in which all technological developments enhance these efforts even further. This is why all projects, or video stunt, in the case of Usain Bolt, contribute to sparking interest in space exploration worlwide. Well done, Usain!