Eden Project is situated in 160 year-old former clay mine at Cornwall, UK. This is a garden that houses more than 1 million plants and it is considered by the Guinness Book of Records as the largest greenhouse in the world.

The greenhouse comprises of three general, balloon-like sections called biomes. Each biome is made of tubular steel frame covered by hexagonal panels made of ETFE (ethyltetrafluoroethylene), very strong, reliable and lightweight polymer material. 162.7 million liters of rainwater were drained into the former clay mine in order to develop a subterranean drainage system, which is now used to gather all of the rainwater that enters the site. The construction process was led by Tim Smit, a chief executive of the Eden Project. 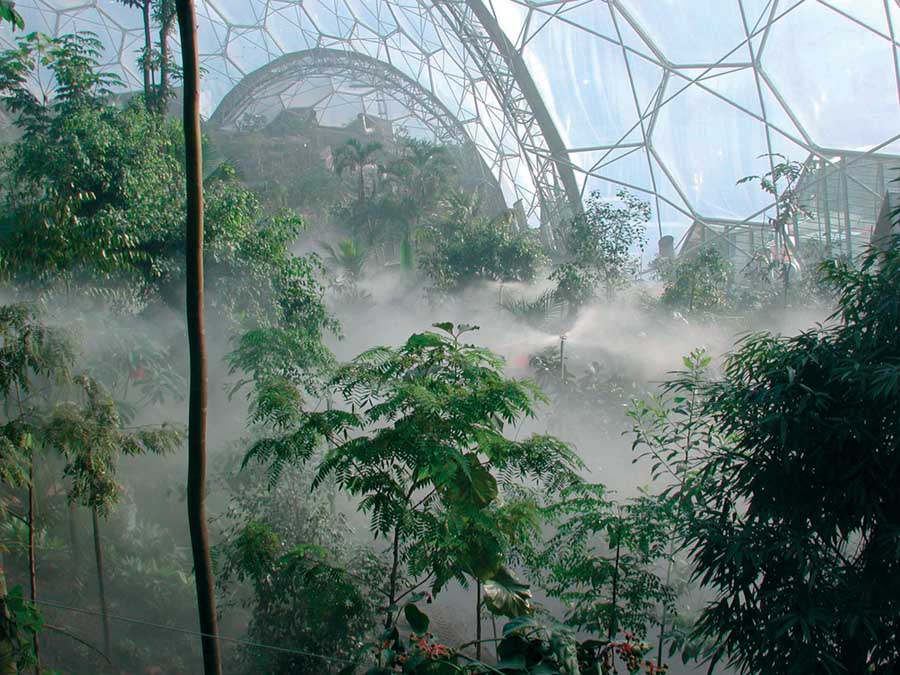 As we mentioned above, the Eden Project consists of 3 main biomes: the Mediterranean Biome, the Outdoor Biome which is directly connected to the environment outside, and the Rainforest Biome, which has space sufficient to hold the Tower of London inside. The Rainforest Biome is also considered to be the world’s largest artificial jungle, which has a large waterfall except the thousands of tropical plant species. The climate there is maintained by automated mist-making devices to keep high air moisture – 60% during the day and 90% after sunset. The soil is irrigated by pipes at the ground and the waterfall also supports the high level of air moisture while using recycled water. 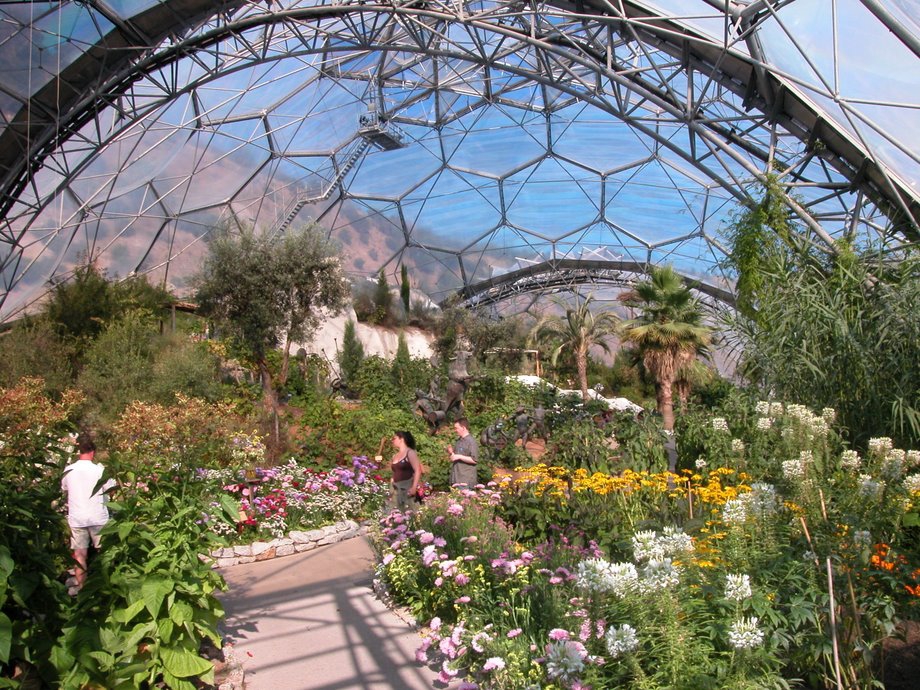 The atmosphere inside the Mediterranean Biome is kept significantly drier in order to provide proper environment for the plants usually found in the Mediterranean region, California and South Africa. Such plants are olives, lemon trees and grape vines. The humidity is kept low also for preventing fungal diseases.

The Outdoor Biome maintains plants that are typical for the nature of the United Kingdom: lavender, hemp, sunflowers, hops and tea. The biome serves also as an information center that shows how the plants could be used: for medicine, food, various materials and biofuels. 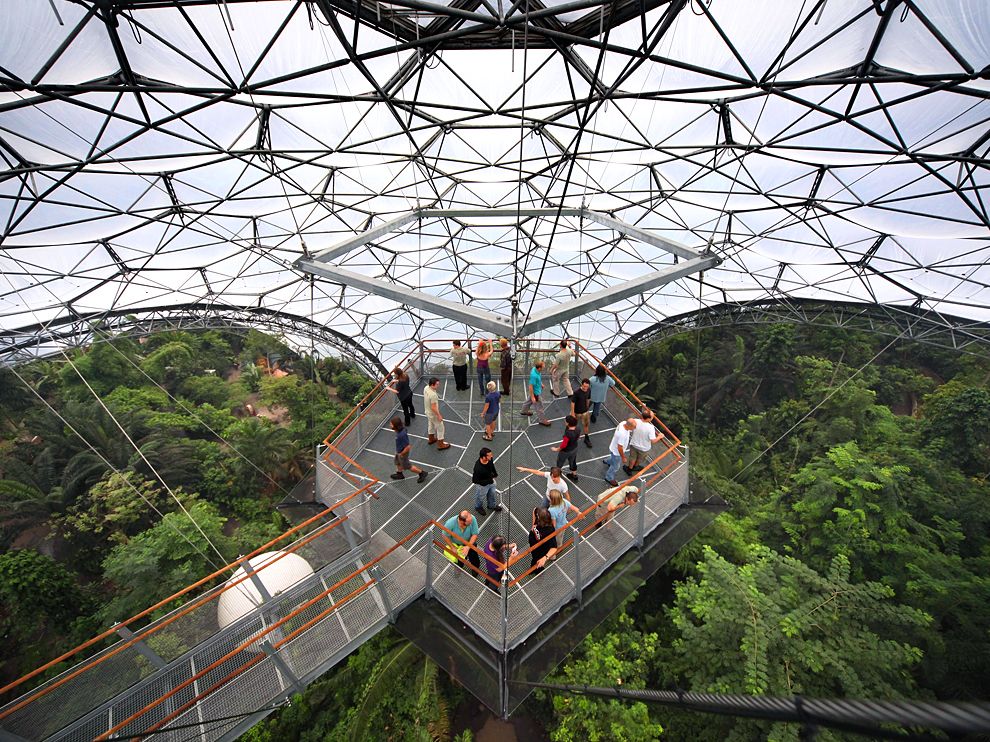 The World Harmony Run organization gave a special award to Tim Smit in June, 2011 "for his major contribution to changing the world into one where, in his own words, 'plants provide a canvas on which we can paint an optimistic future.”

The world’s largest artificial garden holds various educational events, entertainment and charity programs, and it is open through all of the year.