Edward Snowden, the famous whistle-blower and former NSA contractor, has just released specs for a phone case that alerts you when your mobile data is being monitored. He has worked with Andrew Huang a hacker, to bring this phone case to life, that also features a kill switch to shut off your device in the event of monitoring. There isn't a working prototype out, but the duo has released a paper detailing exactly how it can be built. The case has a cover to keep the camera from being activated as well as a rear screen to alert you of any monitoring taking place.

Part of how the case can monitor your phone's data use is through wiring to the SIM slot. This allows the case to monitor your wi-fi, Bluetooth, cellular data, and radio usage, according to Science Alert. Part of the reason the duo felt this was necessary is because people are never really safe from mobile data monitoring, even when they may think they are. Designed initially for the iPhone 6, this case will be adapted to fit any mobile phone, and many are hoping that it can be brought to the market soon. 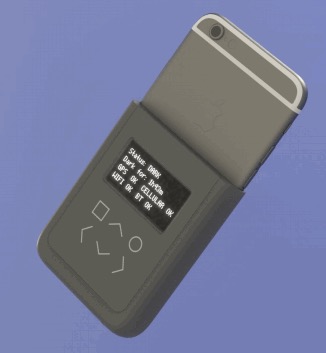 For many across the world, a phone case like this poses a perfect security method for those worried about being monitored. Initially, the device was designed for journalists who are working overseas under the threat of foreign governments intercepting their data, according to the Guardian. However, the duo believes that everyone could benefit from having this technology on their mobile device. If you want to read more about how the device would work, you can check out their paper here.