Virtual reality is growing at an alarming rate, and soon we will have to figure out how VR will fit into our everyday lives. Many fear that VR will take control of people's lives and they will not want to be a productive member of society anymore. Those thoughts and fears are probably justified as the world ventures into a realm that has never been seen before. The only modern comparison to the rise of VR is when video games started to become commonplace in the world's youth. As we have entered an age of advancing technology like never seen before, it leaves many to speculate on the future. One short film has ventured out to create a picture of the reality that soon may come. If you do anything today, make sure you watch this film.

The short film starts off by introducing us to a world where much of the population has become so engrossed in the virtual realm that they cannot handle reality anymore. The scary thing is, almost all of the technology needed to implement what is seen in this film is already in place.

Technology is advancing so fast that current generations become bored with tech if it has not changed at the same rapid pace. The film comes with a big twist at the end, when one of the VR addicts gets a glance at what his addiction is really doing. The virtual war simulations become real places, the enemies become real people. The film moves full circle to show how even when we are encapsulated by a virtual world, we are still hurting the physical world. 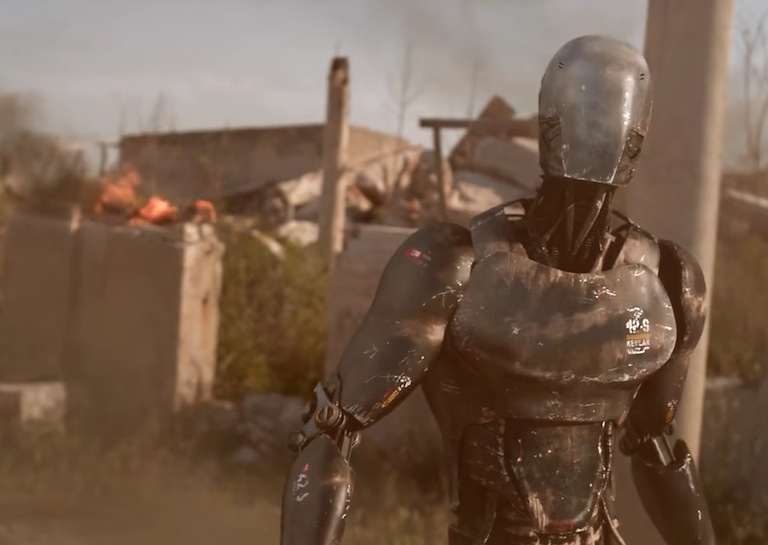 You may not have looked as deeply into this film as we did, but if anything, it should make you question where future technology is headed. Perhaps truly living in the physical world will become the adventure, and VR will just become commonplace. What do you think?