How Effective Could Willow be for Biomass Energy Generation? 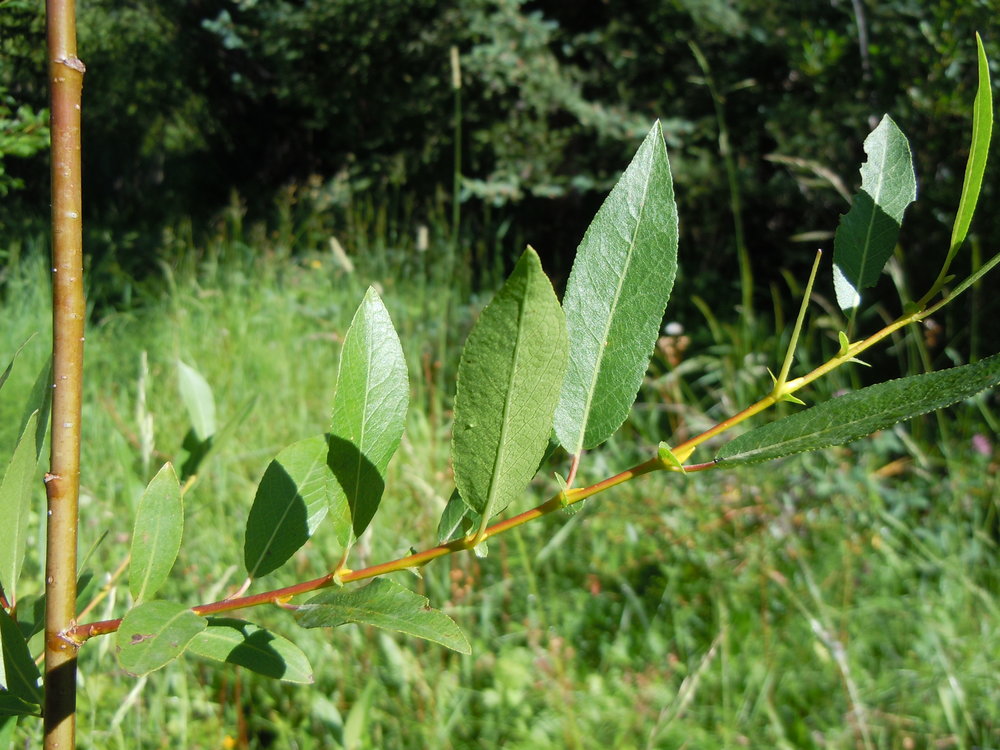 Pennsylvania State University (Penn State) has embarked on a remarkable research project involving the use of shrub willow for biomass renewable energy generation.

Willow (Salix) is part of the 400-strong Salicaceae family, a water-loving species of plant with lanceolate (‘lance-shaped’) leaves with a bark that was once used as a source of aspirin. The broad-leaved varieties are sometimes called ‘Sallow’ while the narrow-leaved varieties are traditionally called ‘osier’. Willows mostly grow in temperate regions of the world on moist soils. Research involving the use of willow has been ongoing in various parts of the US for some years, particularly at Cornell University where a project has been in operation since 1998.

Penn State’s first willow harvest was reaped from a 34-acre demonstration plot during the winter by the university’s College of Agricultural Sciences. It forms part of a larger, five-year programme called NEWBio which is aiming to investigate and promote the sustainable production of woody biomass and warm season grasses for energy generation. The overall plan is to harvest willow from the plot at three year intervals.

NEWBio is actually a regional consortium led by Penn State itself with funding from the US Department of Agriculture National Institute of Food and Agriculture. The project is just one of seven regional projects across the US and it brings together a range of experts, including plant scientists, agricultural and biological engineers, agricultural safety and health specialists, agronomists, agricultural and forest economists, rural sociologists, supply-chain and business-development experts, and extension educators. 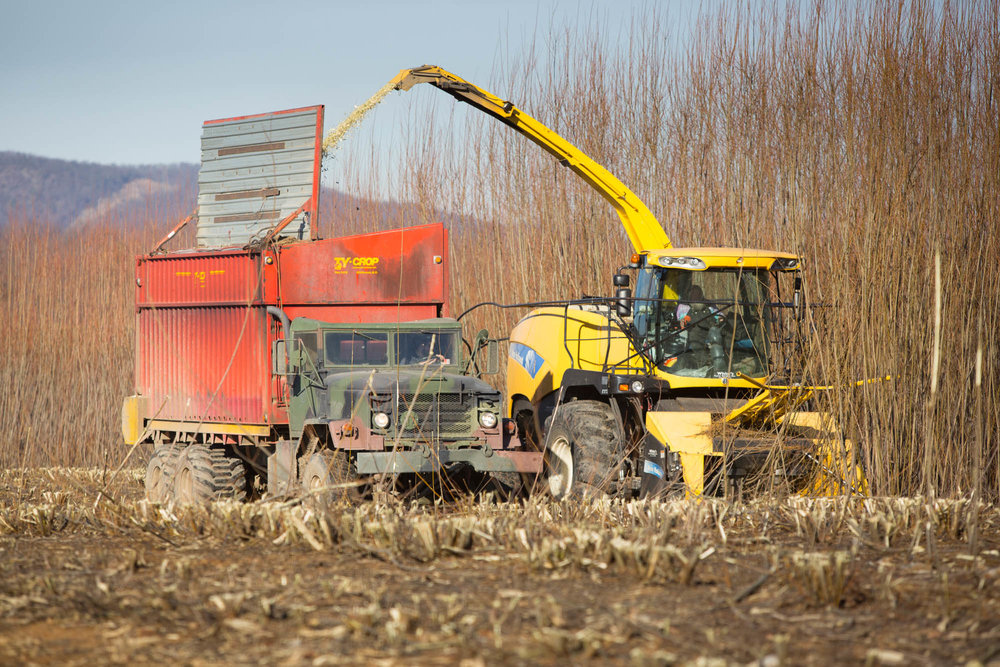 “This is an excellent site to investigate impacts on soil and water quality, biodiversity, avoided carbon dioxide emissions, and the potential for growing a regional bio-based economy” said Armen Kemanian, associate professor of production systems and modeling in the Department of Plant Science, talking to Penn State News. “Students from our college visit the site and have a firsthand and close-up view of this new crop for the region.”

The first crop of shrub willow was planted in 2012 and Penn State hopes to use it both as a source of renewable energy and as a platform for research on sustainability. According to Kemanian, the great thing about shrub willow, which is a woody perennial, is that it likes to be cut back, thereafter producing vigorous regrowth which can be harvested continuously just by repeatedly cutting the crop back. Furthermore, because it’s a perennial, shrub willow tends to establish a strong root system that stabilises the soil and stores substantial amounts of carbon. Other crops producing a similar effect include switchgrass and miscanthus and these plants are also being investigated at other sites around the Northeast United States. Along with shrub willow, these plants do not require much fertiliser and they can also improve the quality of water in streams, rivers and estuaries. This is why increasing the amount of perennial vegetation has become a critical component of Pennsylvania’s water quality strategy. In essence, these crops serve a dual purpose – they keep the land productive while at the same protecting water quality.

Shrub willow only requires a third of the nitrogen fertiliser typically fed to a corn crop while producing the same amount of biomass. When the harvested plants are burned as wood chips or liquid biofuel, the carbon dioxide emitted into the atmosphere is absorbed again when the plants regrow.

At Penn State, research associate Felipe Montes has installed a number of sensors that measure the carbon dioxide and water vapour. This in turn will deliver information on the growth potential of the crop, which is extremely efficient with regard to converting sunlight and nutrients into bioenergy feedstock on account of shrub willow being one of the first plants to produce leaves in the spring while also dying back late in the autumn, thus giving it a very long growth period.

“We estimate that we can harvest 20 to 30 units of energy per unit of fossil energy invested in producing the crop, leading to fuel with a very low carbon footprint” said Mr Montes. “The fact that this biomass can be converted to liquid fuel is one of the main advantages of shrub willow and other biomass crops. Low carbon liquid fuels are especially important for long distance transportation, shipping and aviation, where electric vehicles are not practical.” 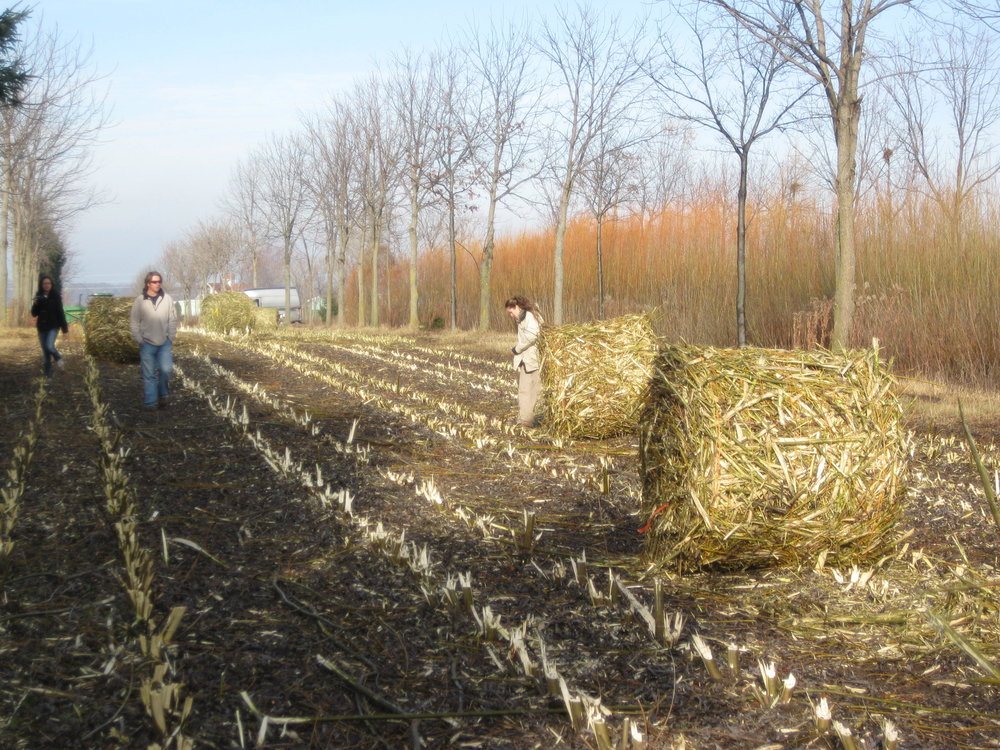 NEWBio project leader Tom Richard, professor of agricultural and biological engineering and director of the Penn State Institutes of Energy and the Environment, believes that biomass energy could really help to drive rural sustainability in the Northeast as perennial energy crops are very well suited to the region. They could very well become an important element in future economic development, if harvesting, transportation and storage of the crop on a large scale can be performed economically.

The ultimate objective would be to produce cellulosic ethanol which can then be used as a fuel in automobiles. It could also be used for heating and other renewable energy applications. Given that shrub willow can grow on poorer soils, it doesn’t compete with food crops, and it means that corn can be used solely for food rather than for both food and biofuels.

Shrub willow may be suitable for a variety of other uses besides biomass generation. For example, a project in Minnesota is investigating its potential as a living ‘snow fence’ to keep roadways clear of blowing and drifting snow. A recent study conducted by Minnesota Department of Transportation found that shrub willow has important advantages over other crops such as dogwood and cranberry, which can take five to twenty years to establish themselves compared with only two for shrub willow. Further evaluation of the crop for this purpose is scheduled for 2017 when it will be planted alongside a new construction site on Highway 60 between Windom and Mountain Lake.

SEE ALSO: From plants to biofuel: An explanation of biomass pre-treatment

Bladeless Turbines: Could Colossal Vibrators Be the Future of Energy?