Einstein's 1922 Note to a Bellboy on Happiness Fetched a Record $1.56 Millon at Auction

‘Theory of Happiness’, and inspirational note that Albert Einstein penned for a bellboy was sold recently for a whopping $1.56 million at auction.

This week, Albert Einstein’s ‘Theory of Happiness’ fetched a record $1.56 million at a Jerusalem auction house. If you’re thinking this is a misprint from an editor or an unreleased companion piece to the Theory of Relativity, you’re wrong. It’s actually no more than a couple of hand-written notes.

The story behind why the note was written, however, is almost as interesting as the document itself.

In 1922, a relatively young Albert Einstein was a guest at the Imperial Hotel in Tokyo. His star was definitely on the rise in this period, as he had recently embarked on an important lecture tour and had also been shortly before this time been awarded the Nobel Prize in Physics.

A bellboy came with a message for Einstein, and as he had no change ready to offer a tip, he instead scribbled down a theory on achieving happiness in this lifetime. The concise, but profound messages, appeared in German on two pieces of hotel stationery:

“A calm and modest life brings more happiness than the pursuit of success combined with constant restlessness,” appeared on the first paper, while he wrote, “Where there’s a will, there’s a way,” on the second sheet of paper.

He wisely added, in parting to the bellboy, that the notes surpassed the value of a tip. From Einstein’s humanitarian statements to his founding of Hebrew University, the public has always had some awareness of the man behind the great mind. The note, however, is a very rare glimpse into the private inner workings of Einstein’s life. It’s very intimate.

Moreover, it speaks to the numerous ways that the luminary touched the lives of everyone he came in contact with, that despite all the praise that was heaped upon him by the world, he remained a very simple man who understood the importance of valuing the person in front of you. 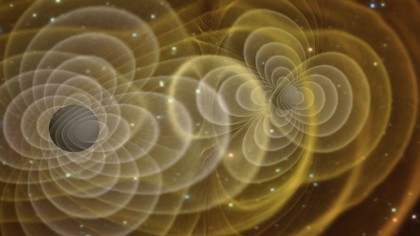 Meni Chadad, a spokesman for the Winner’s, the Jerusalem-based auction house, confirmed that the Japanese bellboy’s grandnephew had initially reached out to them. He had expected a winning bid of something in the range of five to eight thousand dollars.

The notes went through an extensive round of verifications. The documentation used to prove claims to a historical document or work of art, known as the provenance, must be meticulously researched and checked by skilled professionals. In other words, these people have the important task of separating bogus claims of authenticity from fact, and the result is that it “increases the value and desirability...[and] provides important information about insight into a work.”

“It was an all-time record for an auction of a document in Israel,” explains Chadad, adding, “I think the value can be explained by the fact that the story behind the tip is so uplifting and inspiring, and because Einstein continues to be a global rock star long after his death.”

The second note even garnered $250,000 for the auction house.