El Helicoide: A Drive-In Shopping Mall That Turned Into A Prison

From a drive-in mall to the headquarters of the secret police, El Helicoide, or the Helix, is a building that has had more lives than a cat. Located in the south-central Caracas, Venezuela, the incredible building perches on a hill surrounded now amongst slums. Its tightly coiled ramp system is intact and an unmistakable dome, designed by Buckminster Fuller sits like a crown on the building's peak.

Cited as the world's first drive-in mall, El Helicoide was supposed to be the crowning architectural gesture of Venezuela's dictator General Marcos Pérez Jiménez's plans to radically modernize the country, instead, it has become a symbol of suffering and fear.

A dictator obsessed with modernity

The long-serving Venezuelan dictator's enthusiasm for modern architecture led to an international frenzy of young architects coming to make their mark. Jorge (“Yoyo”) Romero Gutiérrez was a Venezuelan architect eager to be part of the development of his local city and in 1955 got his chance.

He was approached by the owner of a small hill who wanted to build a series of small residential developments on it. The architect had other ideas and together with his team suggested a grander plan that proposed a futuristic shopping mall encircled by ramps. The ramps would allow for cars to move between retail spaces and park directly in front of their destination. The mall was supposed to have 300 shops, a 5-star hotel, a movie theater, a bowling alley and a pool. 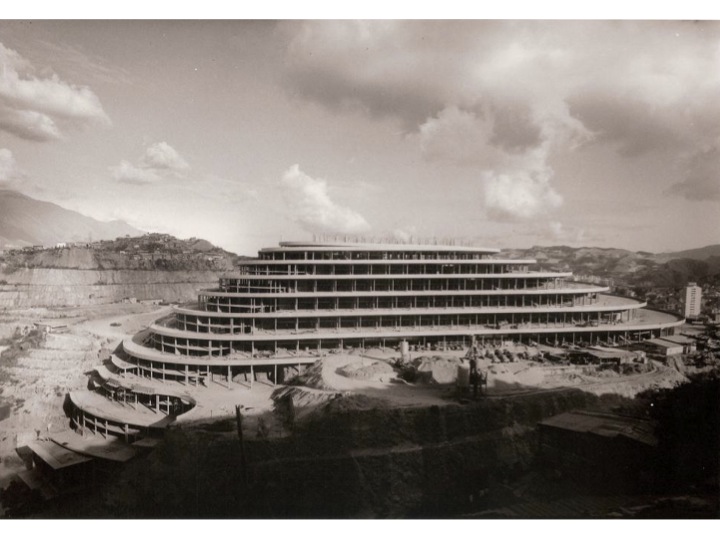 The architects worked tirelessly on a scale model of the building to help visualize their dream. The model was inaugurated in the architect's office, with the dictator Jiménez in attendance. The model was a hit, being photographed and appearing in international articles and newspapers all over the globe.

The model was also later exhibited in the 1961 MoMA exhibition “Roads”, prompting Chilean Poet Pablo Neruda to declare it "one of the most exquisite creations to emerge from the mind of an architect".

Back in Caracas an effort was underway to sell the retail spaces that would be inside the building. An unusual marketing campaign generated El Helicoide keychains, mugs and other souvenirs. 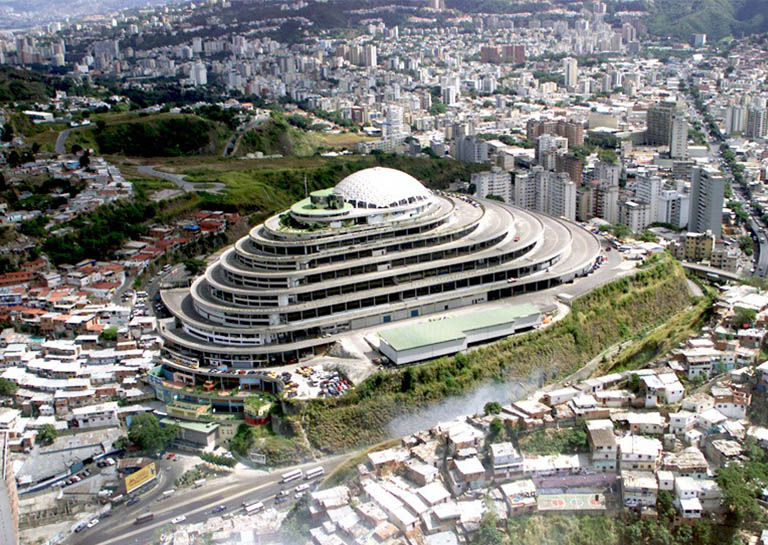 The building was nearing completion when the dictatorship of Pérez Jiménez ended and the funding for the project was lost. The new democratic government distanced itself from the ambitious project due to its close ties to the previous leader. Construction on the project ground to a halt just one year before expected completion. In 1975 the building became government property and was left empty and unfinished. 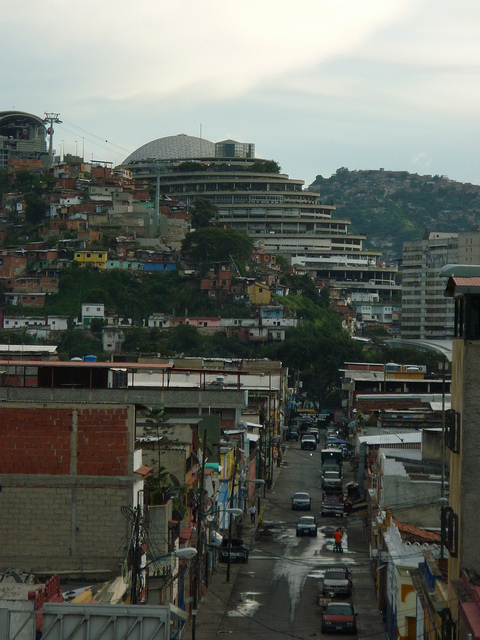 Squatters moved into the nearly completed concreet castle in 1979, many were victims of a recent landslide. They would occupy the building until 1982, when they were evicted by force with a plan to convert the building into a Museum of History and Anthropology. This plan was never realised and instead, the building was taken over by the Venezuelan intelligence police and in 1984 turned into their headquarters.

The building began its darkest chapter as its multitude of rooms became spaces for questioning, torture and more. The building still continues to be a prison. A recent NGO report identified more than 145 cases of torture and cruel and degrading treatment of prisoners committed by the Venezuelan Government between January 2014 to June 2016. The journey of the building from modernist ideal to a site of horror is fascinating. For more information on the building, there is an independent group that created a fantastic website in 2014 as part of an initiative to which aims to culturally evaluate El Helicoide and it troubled history.

Here's how raw cotton is turned into high quality clothes