The U.S.-based startup Wright Electric could make electric planes the standard for short-term flights in the Middle East over the next 20 years.

An electric aircraft company could be bringing battery-powered flights to the Middle East within the next 20 years. Startup Wright Electric announced its latest partnership with flight support company Jetex to bring short-distance trips into the electric era.

The companies want to use electric private planes on shorter trips ranging 300 miles or less, and they want to fly from places like Muscat, Malaga, Dubai, or Casablanca on a single charge.

The goal for Wright Electric is to have every short haul flight as a zero-emissions flight within the next two decades. The company said its planes would be 50 percent quieter than traditional planes and 10 percent less expensive to fly. Wright Electric powers its planes with battery packs that leverage the company's advanced cell technology.

“We knew right away Jetex was the kind of company we wanted to work with. They have an innovative mindset and don’t like to settle for the status quo," said Jeffrey Engler, CEO and founder of Wright Electric. “They are as excited about new technology as we are.”

It's an idea that Jetex executives said they were looking forward to, largely for the potential to be part of bringing alternative fuels to the aviation industry.

"We are constantly building a new reality in the aviation industry. First, by setting a high standard of service and now by setting a new standard for innovation," said Jetex President and CEO Adel Mardini in a statement. "We envision having the aircraft and infrastructure at all of our FBOs throughout our global network." 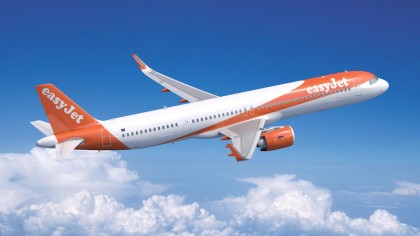 EasyJet Could Be Flying Electric Planes within 10 Years

The announcement comes several months after Wright Electric announced one of its first partnerships with European carrier EasyJet. In a similar way that Jetex wanted to use that partnership in the Middle East, EasyJet wanted to bring electric flights to short routes between London and Paris.

"We can envisage a future without jet fuel and we are excited to be part of it. It is now more a matter of when not if a short haul electric plane will fly," said EasyJet CEO Carolyn McCall.

Wright Electric was founded in 2016 by battery chemists, aerospace engineers, and EV experts from a variety of companies. The Wright Electric team includes former members of companies like NASA, Boeing and Cessna. It gained its first funds through Harvard University and startup incubator Y Combinator.

"Just as we have seen with the automotive industry, the aviation industry will be looking to electric technology to reduce our impact on the environment," McCall said.