Electric Scooters Threaten to Call the Police on Curious Pedestrians

Startup company, Lime, has programmed its electric scooters to shout threats that it will call the police as theft deterrent.

A Californian startup has programmed its electric scooters to shout ‘Unlock me to ride or I’ll call the Police’ as a deterrent to potential thieves. Lime, one of many companies in the California area that offer a ride-share type system for small electric scooters has been criticized for the alarming message.

The small scooters have also been called a public nuisance and the system has now been banned from operating in San Francisco without a permit. Earlier in the year San Francisco’s attorney Dennis Herrera repeatedly contacted the startup with cease and desist letters.

Scooters message may be construed as a death threat

A video of the alarming warning was captured by Instagram user dba_jun with the caption ‘such a sweet voice’. The scooters are still reportedly turning in many California towns without permission, but aside from littering the sidewalk, officials say the scooters pose a much more serious threat.

City Councilmember At-Large for Oakland Rebecca Kaplan has told media that recent racial tensions in parts of the state mean a threat to call the police could be construed as a death threat. The comments seem legitimate after an Oakland resident called the police on a black family who were having a picnic in a public park.

Kaplan explained to the Guardian how the warning is threatening. “Having a random voice yelling out, ‘I’m going to call the police on you,’ it’s really scary,” Kaplan said, adding “This is not only an annoying noise, this is a threat to people. For black people, that can really be experienced as a death threat."

Kaplan is now crafting legislation to regulate the scooters as well as a proposal that would prohibit loud noises and threats. Lime has said the new generation of scooters don’t have the warning and that there was never any way for the scooter to alert the police.

The sudden appearance of Lime and other small electric scooters on the streets has reignited conversation in California about the way tech companies continue to operate seemingly outside of the law. 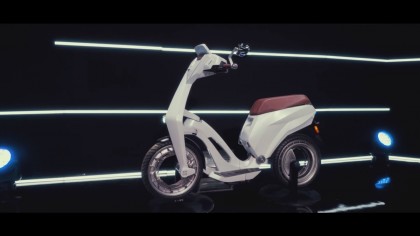 He said: “They dumped thousands of these on city streets, harking back to the bad old days of asking for forgiveness rather than permission.” Peskin was also interviewed by the Guardian telling journalist Sam Levin, “I’ve gotten plenty of complaints from residents and shopkeepers who are pissed off about the noise as well as the police state intimidation tactic. It’s kind of ironic they go and plop them in the middle of the sidewalk, and then these things start abusing people.”

7 best underwater scooters to enjoy the sea waves this summer