When it comes to electric vehicle (EV) charging, just like all things automotive, speed is of the essence. 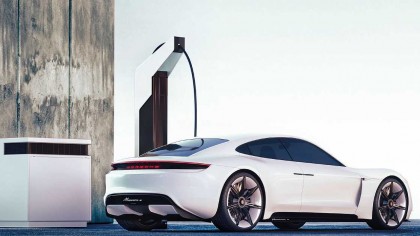 Last month, Porsche made headlines with their news of charging stations that would power EVs in just 15 minutes.

A first in the EV industry

According to the firm, Atlis' engineers were attempting a full charge in 15 minutes when the testing actually saw the task completed in an impressive 12 minutes, 35 seconds. The ultra-fast charge time is a first in the EV industry.

"We have completed preliminary testing of our prototype pack with fast charging capabilities, and we're proud to announce that we did better than expected. We beat our charge time by 2 minutes and 25 seconds by charging a 3 kWh pack to full in 12 minutes 35 seconds," CEO and founder of Atlis Mark Hanchett said in a company statement.

Atlis Motor Vehicles was founded in 2016 with a focus on developing the first American full-size battery-electric pickup truck that would offer the same advantages of the traditional work truck. To achieve this ambitious goal the firm also committed to bettering EV charging by providing affordable speedy 15-minute charge times.

"This was the key to proving our technology - recharge times for batteries is still one of the largest obstacles to wider adoption of electric vehicles," explained Hanchett. And prove it they did, beating even their own expectations!

However, it turns out the key to their record-breaking charging test was an often overlooked part of EV battery packs. It was, in fact, the unique cooling system Atlis' lithium-ion cell battery prototype is equipped with that led to the startup's first major record.

Cooling, it would seem, is the key to fast charging.  "Properly managing cell temperatures is still overlooked by many electric vehicle manufacturers but is one of the most critical components to battery performance and longevity," said Hanchett.

And according to the carmaker's site, their current record-breaking time is just a start. "Our vehicles will be capable of a 15-minute charge today, a 5-minute charge tomorrow," reads the firm's charging page.

If this is not impressive enough, Atlis' battery packs can be scaled in size according to individual client performance needs. Finally, last but definitely not least, the EV newcomer is also staying true to its promise of making charging affordable, so affordable it is actually free.

Atlis is offering free charging to its first 5,000 customers, or 20% off their monthly subscription rate. Sign us up!

Watch a Volkswagen Ram Into This Scania Electric Truck