Elon Musk has tweeted that he will sell life-size Lego-like bricks made from rock as the latest way to raise funds for The Boring Company.

Elon Musk has just announced that The Boring Company will release a new range of merchandise. Instead of flamethrowers this time around Musk says that he will be selling a range of ‘lifesize ‘Lego-like block’ for building.

The blocks will be reportedly made from tunneling rock and can be used to create your own sculptures. Musk says the bricks will be rated for California seismic loads so you could even build a house from them.

To make them possible to move, the bricks will be bored in the middle like an aircraft wing. Musk later tweeted the first set of bricks would be themed around Egypt. “First kit set will be ancient Egypt — pyramids, Sphinx, temple of Horus, etc” he said.

While the idea seems crazy, this is the man that managed to sold 20,000 flamethrowers as a way to raise funds for his tunneling company. The successful merchandise effort raised approximately 10 million USD.

Musk tweeted about the upcoming merch saying it would be ‘coming soon’. The Boring Company was founded with the aim to reduce the costs of large-scale underground tunneling.

The Boring Company ready to start on East coast

“To solve the problem of soul-destroying traffic, roads must go 3D, which means either flying cars or tunnels. Unlike flying cars, tunnels are weatherproof, out of sight and won't fall on your head.

A large network of tunnels many levels deep would fix congestion in any city, no matter how large it grew (just keep adding levels). The key to making this work is increasing tunneling speed and dropping costs by a factor of 10 or more – this is the goal of The Boring Company,” the company's website reads.

Last week the company announced the route of its public transport project that would link Washington D.C with Baltimore. Cars, bikes, and people will be transported between the two cities on an underground transportation system known as The Loop.

The system would cut the journey down to just 15 minutes. The Boring Company has plans to extend these tunnels to New York.

Musk is a man with fingers in many pies. In addition to being the founder of the Boring Company which he has referred to as a ‘personal hobby’ he is also the founder and CEO, of SpaceX; co-founder,CEO, and product architect of Tesla, Inc.; and co-founder and CEO of Neuralink. 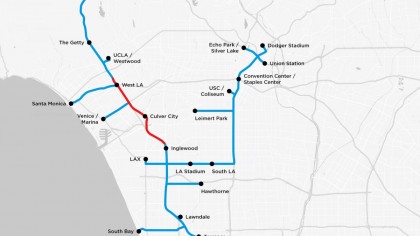 Musk who is personally valued at approximately 20 billion USD recently had a new compensation plan approved by the board of Tesla. In the new deal, Musk will receive a $55.8bn bonus if he is able to grow Tesla to a $650bn company over the next 10 years.

As part of the deal, Musk won’t receive any compensation of any kind during the next ten year period. “Instead, Elon’s only compensation will be a 100% at-risk performance award, which ensures that he will be compensated only if Tesla and all of our stockholders do extraordinarily well,” the company said.