By making the software publicly available, the Tesla CEO hopes to improve the industry's standards for autonomous driving safety.

Tesla CEO and founder Elon Musk took to Twitter to share more news about the company's self-driving technology. According to the entrepreneur, plans are in place to make the autonomous software found in Tesla units available on open-source platforms.

Great Q&A @defcon last night. Thanks for helping make Tesla & SpaceX more secure! Planning to open-source Tesla vehicle security software for free use by other car makers. Extremely important to a safe self-driving future for all.

Musk has often noted growing concerns over hackers getting access to Tesla's softwares. He has said that preventing a large-scale hack is one of Tesla's biggest security priorities. 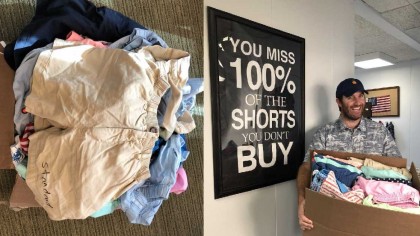 He brought the subject up at the National Governors Association last year. “I think one of the biggest concern for autonomous vehicles is somebody achieving a fleet-wide hack," he said.

“In principles, if someone was able to say hack all the autonomous Teslas, they could say – I mean just as a prank – they could say ‘send them all to Rhode Island’ [laugh] – across the United States… and that would be the end of Tesla and there would be a lot of angry people in Rhode Island.”

Tesla has a massively supportive fanbase, and better still, a good relationship with whitehat hacking groups and internet security research teams. Both types of organizations have been welcomed by the firm to poke holes in its systems so that Tesla's team can fix them.

With the growing popularity of autonomous vehicles (and of the Internet of Things in general), there is rising concern that hackers could work remotely to control cars while in motion. And with a name as popular as Tesla, the company stands to be a sizeable target for malicious hackers.

The company has already been hacked once publicly. In 2016, a team of Chinese hackers proved to be the first group capable of remote-hacking the Model S.

The hackers with Keen Security Lab in Tencent noted: "As far as we know, this is the first case of remote attack which compromises CAN Bus to achieve remote controls on Tesla cars. We have verified the attack vector on multiple varieties of Tesla Model S. It is reasonable to assume that other Tesla models are affected."

Keen Security even put out a video regarding the hacking. Tesla quickly responded, thanking the security team and the hackers behind the video, and then proceeded to patch up the issue.

By making the software open-sourced, Tesla could be encouraging more discussion around the system's flaws. This public discussion could lead to the company creating safer software by having other brilliant minds work on perfecting the self-driving system.