Elon Musk has lashed out at British diver that was a key player in the rescue of the 12 Thai soccer players and their coach from a cave last week. Musk called the professional diver a ‘pedo’ in a now-deleted tweet after the British man, Vern Unsworth criticized Musk’s submarine design seeing he could “stick his submarine where it hurts”. 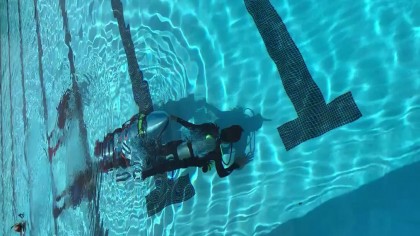 CEO of Tesla and SpaceX, Musk offered to help the rescue effort by delivering a ‘kid-sized’ submarine for use by the rescue team in the cave. In an interview after the successful rescue of all players, Unsworth said the submarine “had absolutely no chance of working” because the inventor “had no conception of what the cave passage was like”.

Musk went on to defend his submarine in a series of tweets finally saying, “Sorry pedo guy, you really did ask for it.” Musk was criticized for his attack, but followed up describing his visit to Thailand saying “Never saw this British expat guy who lives in Thailand (sus) at any point when we were in the caves.

“Only people in sight were the Thai navy/army guys, who were great. Thai navy seals escorted us in – total opposite of wanting us to leave.

“Water level was actually very low & still (not flowing) – you could literally have swum to Cave 5 with no gear, which is obv how the kids got in.

“If not true, then I challenge this dude to show final rescue video.”

Unsworth was shocked by the allegations Musk laid against him, telling he was “astonished and very angry” at the attack. He says he has saved copies of the tweets and is considering legal action against billionaire Musk.

It wasn't just Unsworth shocked by Musk's tweets. James Anderson, Tesla’s fourth-largest shareholder, told media he was dissapointed in Musk's behaviour saying, “I intend to convey my – predictable I trust – feelings to the company tomorrow.”

Musk initially became involved in the rescue after someone tweeted at him, asking if he would offer any assistance.

The entrepreneur originally said that he was sure the Thai government had everything under control but would offer to help if he could. He later went into overdrive to finish the production of a tiny submarine he thought would be useful in the recovery of the Wild Boars soccer team.

Musk flew to Thailand to deliver the submarine. According to Unsworth he was ‘very quickly’ asked to leave. The submarine was not used in the rescue efforts.

Musk has promised to produce a video that would demonstrate the submarine's capabilities. Many thought Musk’s involvement in the Thailand disaster may have been part of a larger act of self-promotion to regain some credibility after a spate of PR nightmares, including Musk harassing former staff via email and poor performances from Tesla.