The Boring Company CEO and Founder unveiled a test run of their first-ever Boring tunnel.

What started out as a Twitter joke evolved into something much bigger. That "joke" about terrible Los Angeles traffic took on new life at a major event for Elon Musks's Boring Company.

After taking $10 million to complete the project, the Boring Company's first major tunnel project is complete. Musk placed the 1.14-mile-long tunnel under a street in Hawthorne, California. One end was placed in a SpaceX parking lot, and the other end wound up in a neighborhood a mile away in the Hawthorne area. 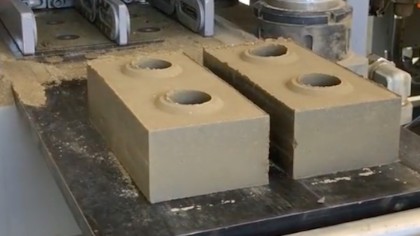 "I thought it was epic," said Musk as he described being taken through the demonstration tunnel for the first time. "For me it was an epiphany, like 'this thing damn well worked.'"

The Boring Company gave other reporters demo rides in the tunnel using a modified Tesla Model X. The vehicles traveled between 40 to 50 miles per hour. That speed, however, pales in comparison to how far the cars will actually travel, according to Musk.

Capable of traveling safely at over 150mph. At that speed, it will feel like teleporting within a city.

Musk had been tweeting about the mystery release several weeks before the actual announcement was made:

Those who couldn't make it to California for the event tuned into the webcast that aired at 8 pm PST.

The demo ride included taking the "same" car from the road, down the Boring Tunnel's signature elevator, through the tunnel on the guide wheels, up the elevator, and back above ground to drive on normal roads again.

Musk admitted to the LA Times that there are still kinks in the system to work out. The car wasn't ready to travel its full speed. Musk told the newspaper that his ride -- while thrilling -- was bumpy and that the Boring Company "kind of ran out of time."

“The bumpiness will not be there down the road,” he told the Times. “It will be as smooth as glass. This is just a prototype. That’s why it's just a little rough around the edges.”

And Musk is right; this was just the debut of the prototype. However, Musk and the Boring Company are still negotiating contracts for similar systems in other cities. No word yet as to when the Boring tunnels will officially be ready for public use.