Elon Musk has offered his defense against the SEC complaint filed against him for allegedly violating his settlement with the regulator over a tweet.

Elon Musk has staked out a First Amendment defense of his tweet that the US Securities and Exchange Commission (SEC) has claimed violates the Tesla CEO’s settlement with the federal regulator.

Elon Musk Fires Back at SEC

Lawyers for Elon Musk have issued a defense of the Tesla CEO’s tweet on February 19th, 2019 against the SEC complaint that the tweet violated the terms of Musk’s earlier settlement with the regulator.

The defense, uploaded to Scribd by Electrek Blog's Fred Lambert, came last night before the court imposed deadline for responding to the SEC complaint. In it, Musk’s lawyers claim the tweet didn’t violate the terms of the SEC settlement at all and that Musk takes his obligations under the settlement more seriously than the SEC gives him credit for. They said Musk “has dramatically reduced his volume of tweets generally and regarding Tesla in particular.”

They further charge that the SEC is being vindictive in their pursuit of Musk after Musk publicly criticized the agency, citing the SEC’s reliance on an interview that Musk gave to Leslie Stahl of 60 Minutes.

Musk’s lawyers, in citing this interview, argued that “this contempt action, following Musk's sincerely-held criticism of the SEC on 60 Minutes, also reflects concerning and unprecedented overreach on the part of the SEC.”

They added: “During the interview, and consistent with his First Amendment rights, Musk was sharply critical of the SEC. The SEC’s heavy reliance on this interview in its motion for contempt smacks of retaliation and censorship.”

In October of last year, Elon Musk and the SEC entered into a settlement over the Tesla CEO’s claim on Twitter that August that he had secured funding to take Tesla private at $420 a share, prompting the Tesla stock to rise until Musk had to walk back the tweet later, apparently never having made any serious effort to secure such funding. 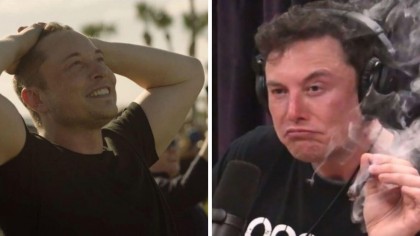 In the SEC settlement, Musk agreed to have any tweets that might materially affect the price of Tesla’s stock vetted by company lawyers beforehand.

Even though both tweets were sent out in the evening after trading hours had closed for the day—so Tesla’s stock price couldn’t have been affected—, this apparently was not sufficient for the SEC, who filed their motion to have Musk held in contempt of court a week later.