Elon Musk responded to a BBC tweet quoting the beloved Thai commander referring to Musk's mini-sub as "not practical."

Elon Musk has never been one to shy back from a fight. The famous CEO is known for his comeback comments that are often launched through Twitter. 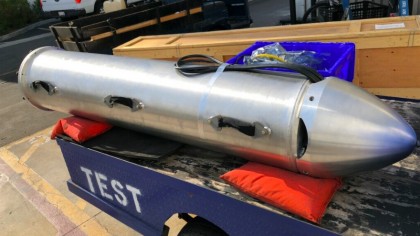 The former governor politely rejected Musk’s offer of help saying his mini-sub was "not practical" for the mission, a move that clearly offended Musk.

The CEO said the governor was "not the subject matter expert" and attributed the mission's success to Dick Stanton, a member of the South and Mid Wales Cave Rescue Team.

The former Thai provincial governor (described inaccurately as “rescue chief”) is not the subject matter expert. That would be Dick Stanton, who co-led the dive rescue team. This is our direct correspondence: pic.twitter.com/dmC9l3jiZR

According to the BBC, Dick (Richard) Stanton is a retired firefighter from Coventry who was involved in a couple of previous diver rescue missions including one involving six British cavers in Mexico in 2004. In his email to Musk, the expert diver expressed concern for the "smallest lad" and asked the CEO to keep working on his capsule.

The email was dated July 8th, the first day of the now completed Thai Navy Seal mission. Musk did not stop there, however.

In another tweet released approximately half an hour later, Musk added further reasons why SpaceX engineering was "certain" the mini-sub could have helped. He cited a video review and diver inputs as evidence.

Moreover, based on extensive cave video review & discussion with several divers who know journey, SpaceX engineering is absolutely certain that mini-sub can do entire journey & demonstrate at any time.

One follower asked the CEO if the capsule would have fit through the "15 inch choke point where the kids had to go by themselves without the tank." Musk responded that the sub was designed with that purpose in mind.

Yes, it was specifically designed to pass that point

It is too late now to know if Musk's rescue tool could have indeed been "practical." However, the inventive CEO is already looking into future applications for his rejected submarine.

In another tweet responding to a follower, Musk outlined the mini-sub's many qualities. We are certain we will be reading more about this soon.