The Tesla CEO is being sued by the economic and business group for tweets he posted about potentially taking Tesla private.

The United States Securities and Exchange Commission is now going after Tesla CEO Elon Musk in a lawsuit.

According to Bloomberg, the suit comes in the wake of a scandal involving Musk and his Twitter account. Musk is no stranger to online controversy, but tweets from a couple of months ago might be responsible for violating the 1934 Securities Exchange Act.

Musk tweeted out he was prepared to take the company private and that he'd secured enough funding to do so. He said he could do that at a $420 share price. However, the SEC claims those tweets damaged investors and that $420 was an arbitrary number picked because "[Musk] had recently learned about the number’s significance in marijuana culture," the SEC noted.

What started the SEC's investigation

Back on August 7, Musk tweeted "Am considering taking Tesla private at $420."

The tweet led to a 10 percent bump in company value before the close of the day.

Musk apparently meant he'd secured more funding from Saudi investors, but the rest of the company wasn't quite behind that decision before Musk tweeted.

The company's CFO begged Musk to put away his Twitter and explain the decision and update on the company's blog, according to Bloomberg. By the time the company pulled together an explanation on the blog, the SEC's attention had already been grabbed. Tesla left this statement on its blog the next day:

On August 24, the company solidified that they would not, in fact, be pursuing a buyout.

The SEC's response to Tesla and Musk

The Securities Exchange Commission quickly took notice of the spike in company value and the language with which Musk described potential privatization.

“Musk made his false and misleading public statements about taking Tesla private using his mobile phone in the middle of the active trading day,” the SEC said. “He did not discuss the content of the statements with anyone else prior to publishing them to his over 22 million Twitter followers and anyone else with access to the Internet. He also did not inform Nasdaq that he intended to make this public announcement, as Nasdaq rules required.”

"Musk’s false and misleading statements and omissions caused significant confusion and disruption in the market for Tesla’s stock and resulting harm to investors," the SEC continued.

This understanding was again echoed by SEC leadership and officials in a news conference about the lawsuit.

“Musk’s statements were false and misleading,” Stephanie Avakian, co-director of the SEC’s enforcement division, said at a press conference in Washington. “They lacked any basis in fact.”

Next steps for Elon Musk, Tesla and the case

Since the SEC's lawsuit was announced, Musk retaliated with this statement from Tesla: 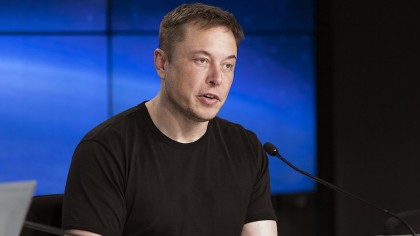 "This unjustified action by the SEC leaves me deeply saddened and disappointed. I have always taken action in best interests of truth, transparency and investors. Integrity is the most important value in my life and the facts will show I never compromised this in any way."

However, the August 7th tweet about privatizing the company was not the first reason the SEC started investigating into Tesla. They initially started looking at car sales projections and how those numbers illegally impacted investors and Tesla's value.