Elon Musk has promised the residents of Flint, Michigan that he’ll fix their water problems.

It seems that Elon Musk is getting a taste for fixing things. Earlier this week he flew to Thailand with a ‘kid-size submarine’ to assist in the rescue of the Wild Boars soccer team from Tham Luang cave.

Now he has promised the residents of Flint, Michigan that he’ll fix their water problems. And he has done it all via Twitter.

On Wednesday afternoon, Twitter user DylanSheaMusic, who has about 530 followers, tweeted at Musk saying, “Hey @elonmusk I heard a bunch of people saying there’s NO WAY you could help get clean water to Flint, Michigan. Said you wouldn’t be capable idk.”

Musk responded later in the day saying, “Please consider this a commitment that I will fund fixing the water in any house in Flint that has water contamination above FDA levels. No kidding.”

The Tesla and SpaceX CEO jumped into action setting up an email account (flint@x.com) where people who still have water contamination levels above the FDA recommendations can send their test results and register for the Musk-funded water filter. Musk says he is currently traveling to China but the email will begin to work on Thursday.

Musk says that despite most houses in Flint having safe water, he says he wants to help the outliers and that he will “organize a weekend in Flint to add filters to those houses.” The Flint water crisis started in 2014 when the city’s water source was switched from Lake Huron and the Detroit River to the cheaper Flint River.

However due to a lack of adequate water treatment, lead leached from lead water pipes into the drinking water, exposing over 100,000 residents. Two scientific studies proved the lead contamination was present and in January 2016 an emergency was declared. 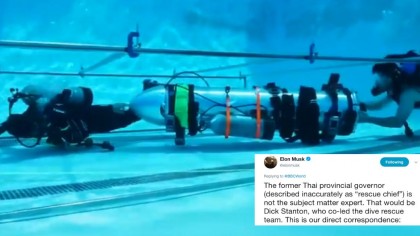 At this time Flint residents were instructed to use only bottled or filtered water for drinking, cooking, cleaning, and bathing. In early 2017 most residents' water had returned to FDA approved levels, however, residents must continue to use bottled water until all the lead pipes have been replaced which will not occur until 2020.

Musk’s response to the tweet comes as no surprise after he committed to helping the rescue operation in Thailand in a similar fashion. In that instance, Musk was also asked by a fellow Twitter user if he would help the crisis to which he positively responded.

Musk now has a fierce reputation as a celebrity and business person who is accessible via the popular social media medium. Musk’s involvement in the South Australian energy crisis was also initially sparked by responding to a tweet.