Elon Musk just dropped a massive hint on Twitter regarding the future of Tesla’s autonomous technology. He explained to a Twitter user that soon our cars could predict where we want to go as quickly as we strap in.

Twitter user James Harvey suggested to Musk that he creates an AI which can be asked to take a driver somewhere. Musk responded with this, “It won’t even need to ask you most of the time.”

It won't even need to ask you most of the time

Musk is probably referring to an AI that “remembers” previous routes often taken by the driver.

“Yeah, don’t exactly need to be Sherlock Holmes,” he wrote in a Tweet when another user called Next Spaceflight commented, “It probably knows that if you get in the car at 7 am, you are probably going to work.”

This means that for Tesla owners in the future their model will be able to immediately take them where they need to go without even asking. This would be a definite upgrade from the Tesla autopilot, one of the first self-driving systems to ever exist in the auto world.

It was first introduced in the Model S then the Model X in 2014. After numerous upgrades to both software and hardware, the latest Autopilot hardware 2.0 was released in February of this year. It includes a traffic aware cruise control feature, forward collision warning, and an autosteer beta version-enabled only at “low speed.”

Again, it seems Tesla is two steps ahead when it comes to autonomous driving technology. Though, the trend is surging forward thanks to numerous automakers, chipmakers and private research institutions that are jumping aboard. In fact, General Motors has plans to test autonomous Chevy Bolts in an area of Manhattan spanning five square miles, beginning early next year.

At first glance, these systems are considered the ultimate in futuristic automation, yet none are classified under what the Society of Automotive Engineers considers Level 5 autonomy.

This level is named “Full Automation” and is defined as “The full-time performance by an automated driving system of all aspects of the dynamic driving task under all roadway and environmental conditions that can be managed by a human driver.” 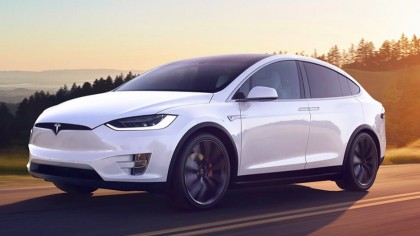 Right now, there still requires a certain level of human involvement, but a new Tesla feature called HW 2.5 is set to change that. This Autopilot hardware, together will new software is due to come out at the end of 2107 and will be fitted into all new Tesla models after that. This upgrade will push Tesla into Level 5 autonomy, including the ability to predict destinations. Older Tesla models won't have to worry about being at the back of the pack either according to the company.

“[We] still expect to achieve full self-driving capability with safety more than twice as good as the average human driver without making any hardware changes to HW 2.0,” the spokesperson told Electrek. “If this does not turn out to be the case, which we think is highly unlikely, we will upgrade customers to the 2.5 computer at no cost.”

We’ll have to wait until the end of 2017 to observe the full effects of this amazing tech.