Typically, stories about Twitter have become synonymous with Donald Trump. However, Elon Musk recently sent out four tweets that caught our attention. He implied he could build a tunnel boring machine. Nay, he might make an entire tunnel boring company. And we wouldn't be surprised if the real-life Tony Stark and Tesla CEO actually did this. 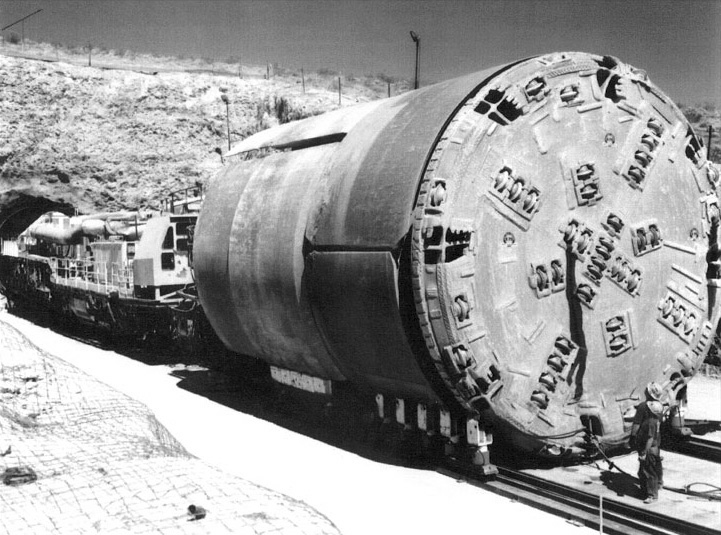 Musk seems to succeed at nearly everything. Tesla, SpaceX, standardizing solar roofing, maybe even Hyperloop. Before anyone gets too excited that Musk will put Hyperloop pods in an underground tunneling network, here's the first tweet:

First off, Musk, please stop tweeting and driving. It's not safe, and we need you around for a very long time. However, the tweet is a thought most of us have had on the daily commute. Here's the next tweet:

It shall be called "The Boring Company"

We hope that name isn't already copyrighted. Even if it was, Musk could afford to buy the licensing from the previous owner. Musk even crafted a slogan for his new sarcasm-founded company:

Boring, it's what we do

All of this seems tame. All sarcastic and worthy of a jolly "LOL" with a retweet. BUT THEN:

I am actually going to do this

We question the sarcasm now. He even updated his Twitter bio to include "Tunnels (yes, tunnels)". Some of the best innovations can start out as jokes. And with new autonomous vehicles being announced nearly everyday, we wouldn't be surprised if Musk wanted to craft a separate infrastructure for these vehicles.

We know; we've overanalyzed this more than a cryptic text from an ex-girlfriend. However, this isn't your crazy ex. It's Elon Musk. The man seems to have unlimited resources and a penchant for throwing those resources (mostly money) into incredibly cool projects. We hesitate in treating this entirely as a joke. We wouldn't be surprised if Musk made the plan a reality and said to the public "I did give you a heads up."