Building a spacecraft to get to space is one thing but keeping yourself alive while in space is a completely different ball game. SpaceX began working on their spacesuit back in 2015 as part of their collaboration with NASA's Commercial Crew Program. Last weekend, Musk tweeted that photos of the SpaceX spacesuit will be revealed this week and that their next-generation space garment was being subjected to ocean landing and safety tests. As a man of his words, Musk did post a photo of what could future humans be wearing to Mars or other parts of our solar system.

The SpaceX spacesuit is ergonomically designed but where is the life support?

Well, when we say "next-generation", it's not exactly the Star Trek: TNG gold or red Starfleet officer uniform with a communicator badge. It's slightly more realistic than science fiction spacesuits.

Although it looks more ergonomically designed compared to current astronaut suits being used today. The SpaceX spacesuit is much less baggy than decade-old space wear and one of the most striking pieces of the whole outfit is the helmet. It's not as restricting as those globular space helmets we see when ISS crew head out to conduct their extra vehicular activity. This SpaceX spacesuit head gear resembles a motorcycle helmet more than anything else.

Musk mentioned that the spacesuit in the photo is not a "mock up" but, rather, it is an actual working spacesuit that has already undergone double vacuum pressure tests.

As with all Elon Musk products, whether it's an electric vehicle or a rocket, aesthetics is always as important as functionality. And the space entrepreneur did express how difficult it was to find the right balance between the spacesuit's appearance and its technical aspects. NASA is known for imposing stringent safety requirements with their space programs and the SpaceX-designed spacesuit wasn't immune to that.

A SpaceX fan tweeted a full body shot of what the spacesuit looks like and it's definitely a big leap from the traditional astronaut suits everyone is currently familiar with. However, it's not really clear how SpaceX will address the aspect of life support.

Conventional spacesuits are typically equipped with a number of electronics to supply life support elements such as pressure, ventilation, and other support aspects that are essential to sustain life. Musk said that more information about the SpaceX spacesuit will be available in the days to come. We won't hold our breath on it but it would be interesting to find out how the space company will incorporate life support with their spacesuit. Afterall, SpaceX and Musk are ambitiously planning to send millions of humans to Mars and exposing them to the harsh Martian environment. Therefore, it is intriguing how this SpaceX spacesuit would evolve into its actual applicational stage.

This pic is not old and not confirmed but matches what we see in animations. pic.twitter.com/KwEH0tJdDt

SpaceX has definitely perfected their reusable rocket concept as the recent Falcon 9 landing at the Cape Canaveral facility was the company's 14th successful attempt to land a first stage booster. 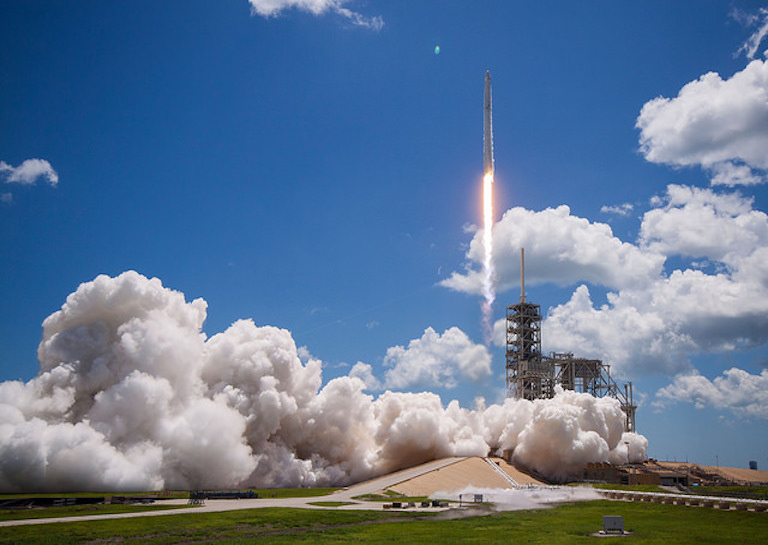 Will they be able to keep the same track record for this spacesuit? As with the perfection of the rocket landing technique, only time will tell.

Elon Musk Invites All People to Work on the Starship Design