After announcing his bold vision and plans to send humans to the planet Mars, Elon Musk is ready to provide much-anticipated updates and details about the next phases. 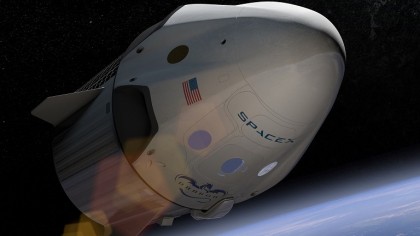 After announcing his bold vision and plans to send humans to the planet Mars, Elon Musk is ready to provide much-anticipated updates and details about the next phases at the International Astronautical Congress in Adelaide, Australia, also the site of his first announcement. It was broadcast live in two-time slots both today and yesterday by SpaceX on its channel, the event, titled “Making Life Multiplanetary”. In his talk given last year, he not only presented his vision, but also came up with a list of critical technical challenges that would need to be addressed if the idea has a chance of getting off the ground.

An immediate consideration after rallying the support—Musk has been overall quite successful in this area—is the task of financing. In the speech, Musk outlined in details his plan to essentially self-fund the massive undertaking by phasing out the bulk of SpaceX’ vehicle fleet, thereby creating the space for allocating resources for his main goal: the development of a fully-functional Interplanetary Transport System, given the codename of BFR.

Musk said of the unique funding scheme: “All our resources will turn toward building BFR". He added, "and we believe we can do this with the revenue we receive from launching satellites and servicing the space station.”

Elaborating on the details at the conference related to his fleet, he added, “We can build a system that cannibalizes our own products, makes our own products redundant, then all the resources we use for Falcon Heavy and Dragon can be applied to one system.”

Musk also posted on his Instagram account yesterday rendering of a pair of Mars Colonial Transporters, offering a taste of what the future of transport on the planet will be.

The image was posted with the simple caption of “Moon Base Alpha”. The stark image is an effective tool. Commercial Spaceflight Federation President Eric Stallmer said on this topic: "I think you cannot proceed with a mission to the Moon and beyond at this point anymore without a partnership with the commercial industry."

Mars City Opposite of Earth. Dawn and dusk sky are blue on Mars and day sky is red.

The BFR, which has a projected target date of as soon as 2024 for carrying passengers, boasts a cabin space that can accommodate close to 100 people in a number of separate chambers. The purpose of the cargo ships which will be sent two years earlier, according to schedule, would be sent for the important task of setting up mining, power and life support systems, laying the groundwork for more trips in the future.

Many industry insiders and scientists are also identifying the renewed interest in the moon from the US Presidential administration, as well as China and Russia, as motivations for Musk’s work, but this link is difficult to substantiate. One cannot deny, however, the powerful influence—the best case example being the Cold War—that State interest in space exploration can have in terms of acting as a catalyst for generating support from all areas.

The influential industry giant’s combined talents of being a bold visionary in making future predictions and keeping a finger on the pulse of science and industry to maintain his necessary clout offer the ideal conditions for moving this project forward. Still, though the funding hurdle can be passed, there would still remain a number of questions about feasibility. Some critics believe that this is the only project of his creation which may not benefit from the Elon Musk Midas touch.