After seeing the viral video of Boston Dynamics humanoid robot, Atlas, performing backflips Elon Musk took to Twitter to send this coded message: “This is nothing. In a few years, that bot will move so fast you’ll need a strobe light to see it. Sweet dreams…”

Musk has been public before about his anxiety around robots with a particular concerned about the unregulated development of artificial intelligence and how it could be used to develop robot weapons. He was part of the group that sent an open letter to the UN pleading for them to act now on AI regulation before it was too late. The open letter that was signed by other big tech and science players such as Stephen Hawking.

Killer robots already amongst us

For many in the industry, the letter was a little too late. The rapid development of robotics and artificial intelligence has been happening hand in hand for a long time and critics of the coalition's call for action point to examples where armed robots are already commonplace. These examples include the Taranis built by BAE and others and the autonomous SGR-A1 sentry gun made by Samsung and deployed along the South Korean border. The SGR-A1 is equipped with a machine gun that uses heat and motion sensors to locate targets as far as 2 miles away. 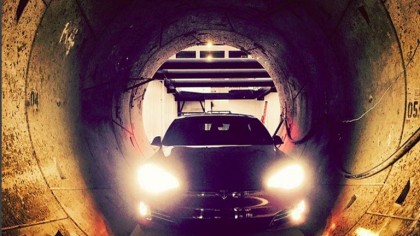 The UN has responded to the request in some way though. Earlier this year, the United Nations opened its first office dedicated to the monitoring and research of Artificial Technology. Among its key areas of interest are security and safety. Irakli Beridze, who heads the office has described their focus saying: “A number of UN organizations operate projects involving robots and AI, such as the group of experts studying the role of autonomous military robots in the realm of conventional weapons. These are temporary measures. Ours is the first permanent UN office on this subject. We are looking at the risks as well as the advantages.” The office, located in the Netherlands currently has a skeleton staff that is likely to expand in the coming years.

Despite Musk’s worry about the sinister possibilities of robotics and AI, he himself is also investing huge amounts of time and money into various projects in the field.

Got to regulate AI/robotics like we do food, drugs, aircraft & cars. Public risks require public oversight. Getting rid of the FAA wdn’t make flying safer. They’re there for good reason.https://t.co/6OXZC3UdMW

The most high profile of these being the neural lace project that could spell the end of debilitating neural diseases. At its core, the project is researching how to implant chips capable of monitoring brain function.