Brush up on the French accents and insults. The job listing genuinely exists on the company website.

By  Shelby Rogers
Nov 15, 2018
St. Thomas Tower (totally not what the Boring Company watchtower is going to look like) Wikipedia Creative Commons

Fans of Monty Python and the Holy Grail, there’s now a job that puts your insult-hurling skills to good use! Elon Musk just tweeted out that his Boring Company is looking for a watchtower knight. 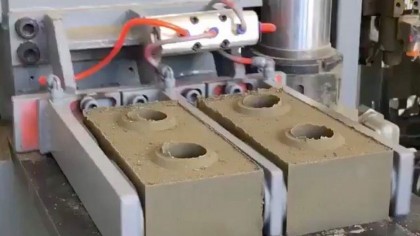 The Boring Co. CEO and Founder explained the company is building a watchtower in Los Angeles out of the dirt from digging their tunnel system. This project is more than likely in conjunction with the company's dirt brick initiative:

The Boring Company is building a watchtower in LA out of dirt bricks & we need a knight to yell insults at people in a French accent https://t.co/VChOVXXVaz

Musk also followed that tweet up with a photo of a dream tower, and no, that image is not their tower:

Not much but it is ours pic.twitter.com/gx2l84M3f7

Per the job description, the watchtower guard would work just two days. Is that two days a week? Two days a month? Two days ever? No one knows, but Musk has a way of keeping his fans constantly guessing.

Boring Co is launching a whole product line of DIY watchtowers. You get bricks & a picture.

Musk also included how much it would cost someone to argue with one of the watchtower knights.

Not much more is known beyond that, but serious inquiries can submit their resume to jobs@boringcompany.com.

There are a variety of other (seemingly more legitimate) job openings within the Boring Company. Electrical engineers, fluid power engineers, industrial automation engineers, and TBM operators and mechanics are just a few of the positions open within the company.

In September, Musk announced that the Boring Company would sell bricks at 10 cents a brick out of the displaced dirt from the tunnels. He also said that the bricks would be free if used for affordable housing projects.

But it seems like the creator could be leaning toward "Fortnight irl" if his Twitter is any indication of his ultimate dreams. Maybe the affordable housing projects would be small castles for low-income residents? Only time will tell.