We thought we were imagining things when we wrote a month ago about a futuristic vehicle that made a cameo appearance in the concept video released by Elon Musk's The Boring Company. But no, we were right. The latest revelation is another one of Musk's advanced transportation concept aimed to innovate the way we travel and commute. 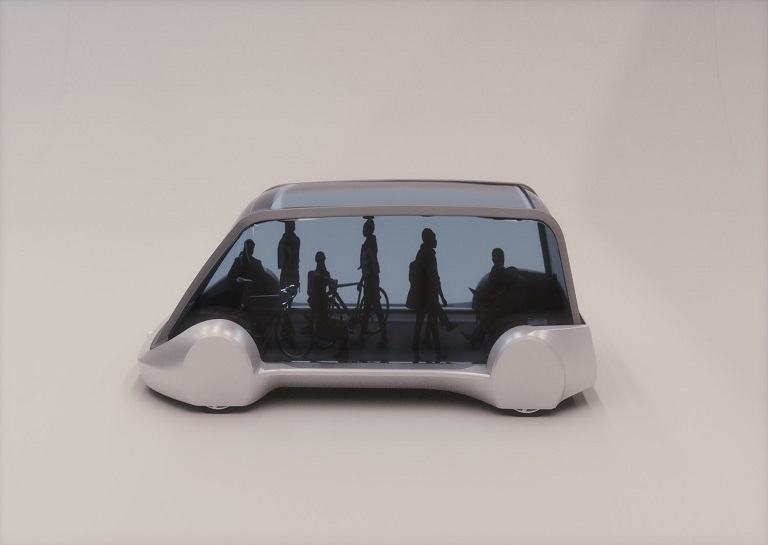 What is this futuristic vehicle?

It certainly doesn't look like an autonomous car but rather a futuristic communal vehicle as depicted from the recently released photos. Round about a month ago, Elon Musk released the concept video of his Boring Company's futuristic transportation tunnel where a subterranean system ferries cars to different locations at a top speed of 200 km/h. That's some face-wrenching speed to be traveling at - just take a look at this latest test run the Boring Company did at 125 mph or 201 km/h.

The new futuristic concept vehicle made a brief appearance in the video released by Musk a month ago. It was shown to follow the same transporting procedures as ordinary cars, where the vehicle would drive onto an in-situ skate aboveground and is transferred down to the underground infrastructure via an elevator. Sporting a glass encasing, the vehicle is displayed to board up to a dozen people in standing or sitting down positions. Although it appears to be a regular car, this technologically advanced communal vehicle is large enough to accommodate bicycles too. And before you ask, yes, it is self-driving too! Well, we don't really expect anything less from the charismatic innovator. 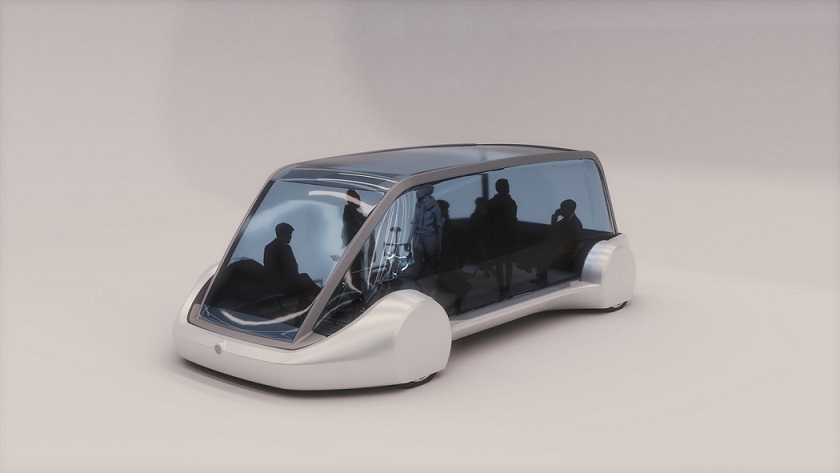 One focal feature we can turn our attention to is the bottom section of the futuristic vehicle. Musk calls this an electric sled, which is a "flat plate on wheels propelled by electric motors". By using this kind of motoring system, the diameter of the Boring tunnel can be greatly reduced resulting in an overall reduction of the construction cost. Stabilized autonomous vehicles are also considered to be much safer as it eliminates human error like swerving off-course. The self-driving electric skate also allows for speeds of up to 125 mph in urban settings as well as carry multiple payloads like automobiles, goods, and people. Because sustainability is one of the biggest focus of Musk's technology, the electric sleds are also, of course, zero-emission vehicles.

It's not just the vehicles and technologies Musk comes up with that gets people talking, his choice of names for his extremely big toys also stirs up some discussions. For example, the recently named TBM machine called Godot and the drone ship nicknamed as "Of Course I Still Love You" have also made headlines.

At this point in time, nobody is sure if there is any concrete plan for this futuristic vehicle as there are no strong information about its being apart from the photos released in the Boring Company's website. However, it's only a matter of time until Musk posts out a teaser video or photo from either his social media accounts or from his official websites.