Elon Musk Reveals His Secret to Success is Crack 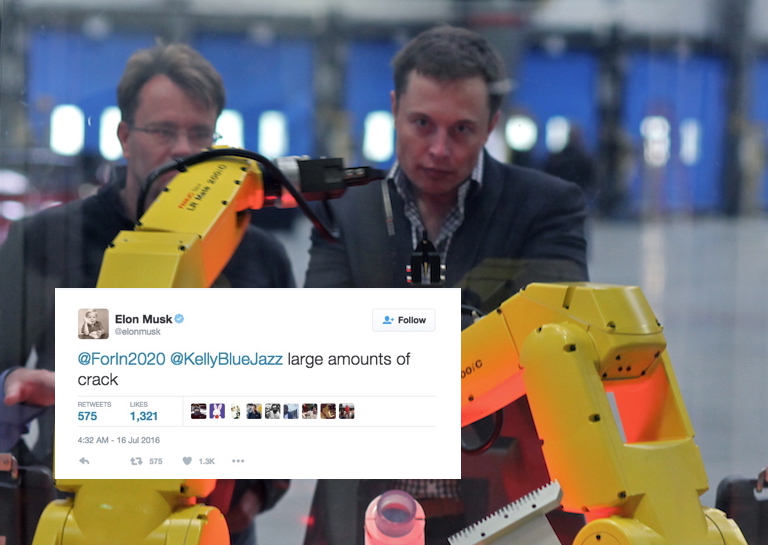 When asked on Twitter what the secret to his success was, Elon Musk claimed that it was "large amounts of crack." Musk has undoubtedly accomplished a lot in his life so far, and it comes as a great surprise to find out that his secret is hard drugs. Of course, the tweet was likely all in good fun, or at least we would hope because we don't want to see him arrested anytime soon.

The Tesla Motors CEO is rather active on Twitter, where he keeps his followers up to date on all of his business ventures. There is even a parody Elon Musk account that releases some hilariously genius ideas, claiming to be the famous engineer. While crack may be keeping Musk running, he will likely need a lot to calm his nerves tonight as SpaceX attempts to make another successful landing of their falcon 9 rocket.

SEE ALSO: Elon Musk Thinks it is Highly Likely that We are all Simulations