The Tesla Inc. and Solar City CEO recently tweeted that he could upscale current technology offered by his companies in order to get the island of Puerto Rico back on its feet.

Roughly 95 percent of Puerto Rico is still without power, according to recent estimates. Hurricane Maria devastated the island weeks ago, completely knocking out the nation's electric grid and most communications lines. Elon Musk took to Twitter to offer a solution: his companies could work for Puerto Rico.

"The Tesla team has done this for many smaller islands around the world, but there is no scalability limit, so it can be done for Puerto Rico too," he said replying to another Twitter user.

The Tesla team has done this for many smaller islands around the world, but there is no scalability limit, so it can be done for Puerto Rico too. Such a decision would be in the hands of the PR govt, PUC, any commercial stakeholders and, most importantly, the people of PR.

Puerto Rico Governor Ricardo Rossello said he was certainly up for the challenge and potential partnership.

@elonMusk Let's talk. Do you want to show the world the power and scalability of your #TeslaTechnologies? PR could be that flagship project. https://t.co/McnHKwisqc

Musk replied to the governor's response saying "hopefully, Tesla can be helpful."

I would be happy to talk. Hopefully, Tesla can be helpful. 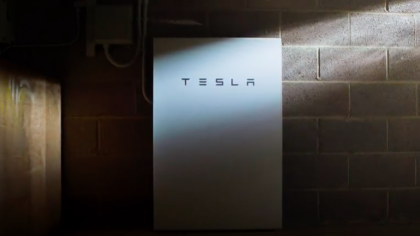 Tesla has already hopped into helping the island by sending several PowerWall battery systems to the island and Tesla crew for setup. The effort was done to offset the energy shortage by using the island's existing solar panels which can't store energy into Puerto Rico's damaged grids.

Musk is no stranger to putting his words to work. In March, he started a bet on Twitter with Australian software entrepreneur Mike Cannon-Brookes. Tesla executive Lyndon Rive said the company could install 100 300-megawatt batteries in just 100 days. Cannon-Brookes tweeted his skepticism. Musk fired back, promising that if the job wasn't completed in 100 days, there would be no bill for the system. True to his word, Musk is over halfway done with installations just a few days after the official 100-day countdown clock started. He even took to Instagram last week to celebrate.

Tesla and Solar City have already shown their capabilities in effective solar power. Currently, Musk's companies power nearly 100 percent of the island of Ta'u's electricity. The tiny island is part of American Samoa and has roughly 600 residents. The system uses 60 Tesla PowerWall power packs and over 5,300 SolarCity solar roofing tiles. While Ta'u's population is considerably smaller than Puerto Rico's 3.4 million, Musk firmly believes the project can be scaled up.

Musk noted that he would wait for the approval of government officials and the people of Puerto Rico before planning installations. However, just by glancing at Twitter users' response to the idea, Musk probably won't have to wait long.