Elon Musk has sold all the Boring Company branded flamethrowers just days after introducing them. He managed to sell 20,000 flamethrowers for $500 USD each, which means the underground digging company has pocketed close to $10 million USD.

Elon Musk even changed his Twitter bio to "Zombie Defender" for a brief time. It is an unusual but seemingly successful way to raise much-needed funds for the growing company. Musk’s foray into funding via merchandise began when he started selling Boring Company branded hats to fans. He promised his followers that if the 50,000 hats sold out he’d start selling the flamethrowers, and was good to his word starting te flamethrower sale on January 27.

Customers who purchased the flamethrower have been given a complimentary fire extinguisher to go along with their purchase. Originally the fire extinguishers were available to buy as a $30 add-on, but it seems Musk is in a good mood after the success of this latest fundraising venture and is giving them away for free. Or perhaps Musk received some advice that selling such a dangerous toy was asking for trouble without some sort of protective gesture.

While the Boring Company didn’t clear $10 million in profit from their fundraising project as the outlay of the items needs to be considered, it's likely the digging company still made a good profit off the venture. Fans that missed out on the hats and flamethrowers will be eagerly awaiting the next branded item to be released.

The Boring Company was founded at the end of 2016 with the intention to free up congested cities by building a series of underground tunnels for transportation. The company began the testing of its tunneling technology on the grounds of SpaceX where no construction permits were required. The tunneling company will become an important part of releasing Musk's dream of completing the Hyperloop One project. At Hyperloop One is a transportation system that can move electromagnetically levitated pods through underground tunnels at super high speeds.

The Hyperloop has the possibility to replace flights for city-to-city journeys cutting down the travel time significantly. Last year Musk claimed to have received verbal approval to build an underground Hyperloop connecting New York City, Philadelphia, Baltimore, and Washington, D.C. 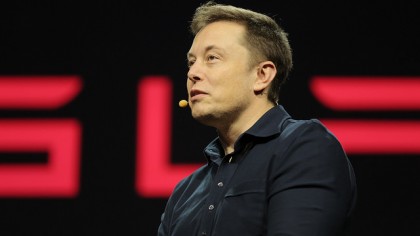 As well as solving traffic congestion problems and housing futuristic transport systems Musk thinks that the Boring Company will be an important part of his plan to colonize Mars. Musk also hinted at the possibility that the underground infrastructure technology might be used for his project of creating a self-sustaining human colony on Mars: "I do think getting good at digging tunnels could be really helpful for Mars. For sure there's going to be a lot of ice mining on Mars, and mining in general to get raw materials. You can build a tremendous amount underground with the right boring technology on Mars," Musk said.  "So I do think there is some overlap in that technology development arena. And then, along the way, building underground habitats where you could get radiation shielding… you could build an entire city underground if you wanted to".