Musk will step down as chairman for at least three years, pay $20 million in fines, and bring on at least two new board members to satisfy the SEC agreement.

The Securities and Exchange Commission resolved its suit with Elon Musk after his short-lived attempts at taking the company private. The billionaire will remain CEO of Tesla, but he's being forced to step down as chairman.

The company will also have to pay heavy fines as a result of the settlement.

“As a result of the settlement, Elon Musk will no longer be Chairman of Tesla, Tesla’s board will adopt important reforms —including an obligation to oversee Musk’s communications with investors—and both will pay financial penalties,” explained Steven Peikin, Co-Director of the SEC’s Enforcement Division.  “The resolution is intended to prevent further market disruption and harm to Tesla’s shareholders.”

The settlement is still subject to court approval. The specifics of the deal include Musk paying a civil penalty of $20 million. He'll give up the role as chairman for three years. That's on top of the additional $20 million fine on the Tesla company itself. 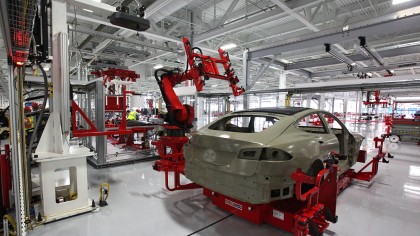 The SEC's formal filings against Tesla is deeper than tweets about him taking the company public. SEC officials explained more in a statement:

"According to the SEC’s complaint against Tesla, despite notifying the market in 2013 that it intended to use Musk’s Twitter account as a means of announcing material information about Tesla and encouraging investors to review Musk’s tweets, Tesla had no disclosure controls or procedures in place to determine whether Musk’s tweets contained information required to be disclosed in Tesla’s SEC filings.  Nor did it have sufficient processes in place to that Musk’s tweets were accurate or complete."

The SEC investigation, according to officials, is meant to leave Tesla in a better position in the long run.

“The total package of remedies and relief announced today are specifically designed to address the misconduct at issue by strengthening Tesla’s corporate governance and oversight in order to protect investors,” said Stephanie Avakian, Co-Director of the SEC’s Enforcement Division.

Interesting Engineering will continue to monitor this situation and report the latest updates.

Via: Securities and Exchange Commission