The Tesla CEO recently uploaded a video to Instagram refuting claims that his Model 3 production lines aren't fully automated yet.

Elon Musk claimed he was in "production hell" over Tesla's Model 3, but the CEO fired back at critics on Sunday by posting a video of the process. The clip shows automated robots on the line working on a bare-metal Model 3. The emphasis on the automation comes after two recent headline-making incidents. First, Tesla announced it produced just 260 Model 3s last period, significantly short of its goal of 1,500 cars by the end of the month.

Second could be a Wall Street Journal article that hinted Tesla's delays stem from a lack of automation. The headline said, "Behind Tesla's Production Delays: Part of Model 3 Were Being Made by Hand." It's not uncommon for production workers on the line to bang out a few parts, but the WSJ article implied manual labor had a much larger role.

This is not Tesla's first battle with the press (nor will it be it's last). A Tesla spokeswoman refused to answer questions for the article, telling WSJ "For over a decade, the WSJ has relentlessly attacked Tesla with misleading articles that, with few exceptions, push or exceed the boundaries of journalistic integrity. While it is possible that this article could be an exception, that is extremely unlikely." (The Wall Street Journal, one of the U.S.'s premier newspapers since 1889, denies the attack on its integrity.)

However, the newspaper (and others around the world) took note of a statement made by Tesla earlier last week.

"Although the vast majority of manufacturing subsystems at both our California car plant and our Nevada Gigafactory are able to operate at a high rate, a handful have taken longer to activate than expected," the company said in a statement on Monday. Even devoted Tesla fans are questioning whether Musk and his crew can overcome the "production bottleneck" and deliver the 20,000 Model 3s per month the company initially promised.

Since the WSJ article appeared online, company spokespeople have been refuting its claims to every news outlet with a sizeable readership. A Tesla spokesperson told Business Insider that the issues did not come from faulty equipment.

"We are still in the beginning of our production ramp, but every Model 3 is being built on the Model 3 production line, which is fully installed, powered on, producing vehicles, and increasing in automation every day," the company spokesperson told the newspaper.

Musk is no stranger to creating lofty goals and miraculously meeting them. For example, Musk and his company are over halfway complete with installing the promised power grid to South Australia after a few days into the bet with an Australian tech entrepreneur that Musk couldn't pull it off. Tesla's stock frequently rivals those of major automotive giants like General Motors (a fact noted in the WSJ article). 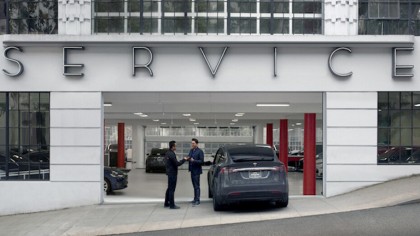 The Tesla CEO took rather sizeable risks in terms of scaling up his automation and 'skipping' over prototypes. Most major automotive companies will spend time in pre-production prior to launch, but Musk decided to largely bypass or simplify that step.

"They’re fully certified, fully DOT-approved, EPA-approved production cars," Musk said, referring to the U.S. Department of Transportation and the Environmental Protection Agency's approval. "These are not prototypes in any way. They’re not validation anything. They are full production cars."

Musk's Instagram video, which is slowed to 1/10th the speed might imply that the company is about to push its two production lines into overdrive.