Elon Musk took to his Twitter to hint that he'll explain "major improvements" on how people will get to Mars at this year's International Astronautical Congress.

By  Shelby Rogers
Sep 25, 2017
A glimpse at the ITS system heading to Mars. SpaceX fans hope Musk will bring more to the table this year. SpaceX/YouTube

Last year, Elon Musk showcased his Interplanetary Spaceship and Rocket design at the 2016 International Astronautical Congress. It was one of the first major steps in exactly how humans would get to Mars. Despite the hour-long speech, there were key questions Musk tip-toed around like how SpaceX would get the funding for the project.

At this year's IAC in Adelaide, Australia, Musk is promising bigger and better announcements. The official unveiling of the 'new' version, according to Musk, will happen on Friday afternoon at IAC Adelaide. "Major improvements & some unexpected applications" will be shared, according to his Twitter.

No one has been able to make firm guesses as to what those major improvements could be, but fans of his presentation last year hope that he'll answer some questions. Last year's conference in Guadalajara, Mexico wasn't what people expected when the ITS debuted. The streamlined system consisted of four key parts: rocket booster, spaceship, tanker, and propellant plant. Each piece would be developed by SpaceX but work in conjunction to get people to Mars.

"Once you have all of those four elements, you can actually go anywhere in the solar system by planet hopping or moon hopping," he said at the 2016 conference. "So by establishing a propellant depot in the asteroid belt or on one of the moons of Jupiter you can make flights from Mars to Jupiter no problem."

SpaceX currently estimates that the craft would reach Mars by traveling at a speed of 62,634 mph (100,799 kph). The company has been piecing together the ITS system in front of the public for years with the Falcon and Dragon 2 landings and missions. However, no one knew precisely how it all tied together until last year's IAC. Assuming everything goes as planned, Musk hinted that the earliest manned Mars mission could happen by 2026.

This year's IAC is poised to be one of the largest meetups for both SpaceX followers and space lovers in general. Musk mentioned the IAC's potential in previous speeches.

"I’m thinking probably the upcoming IAC in Adelaide might be a good opportunity to do an updated version of the Mars architecture," Musk said at June’s ISS R&D conference in Washington, D.C. "It’s evolved quite a bit since that last talk." 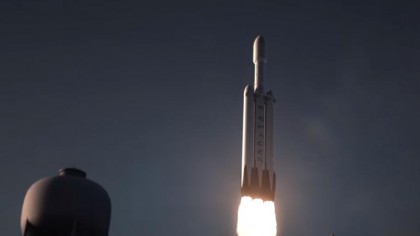 If SpaceX fans have more questions for Musk but they can't make it to IAC, no worries. In Instagram comments teasing the improvements, Musk hinted at a Reddit AMA on the updated design this weekend.

He also 'confirmed' something else we'd long theorized: Elon Musk is not of this world. "I keep telling people that I'm an alien, but no one believes me. So frustrating..." Musk said in a reply. We believe you, Musk. We believe you.

Other things we're hoping to hear from Musk during his IAC talk on Friday: updates regarding the SpaceX partnership with the International Space Station, and where SpaceX is in launching its own satellites to get low-cost broadband to remote regions. Regardless of whatever the "major announcements" turn out to be, be sure that we'll be here ready to report on it.