Following the Tesla CEO's tweets, the company saw a 10 percent bump in shares after the stock was halted awaiting more from Musk.

In an unexpected series of tweets, Tesla CEO Elon Musk announced he was considering taking the company private at a share price of $420.

This led to increased confidence from shareholders, leading to a surge of 10 percent.

That spike came after a halt in shares for about an hour waiting for further news from the company and its leadership. Analysts showed that Tesla's market value at $420 a share would place the company at roughly $71 billion.

The CEO then took to the Tesla blog page to further explain that "a final decision has not yet been made." 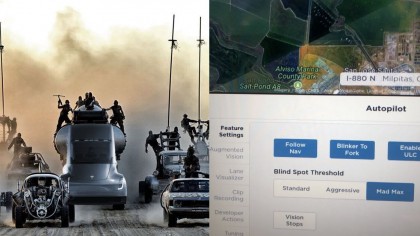 He then elaborated on what a structure would look like for shareholders -- emphasizing they had more choice in their investments should Tesla go private.

"Either they can stay investors in a private Tesla or they can be bought out at $420 per share, which is a 20% premium over the stock price following our Q2 earnings call (which had already increased by 16%)," Musk wrote. "My hope is for all shareholders to remain, but if they prefer to be bought out, then this would enable that to happen at a nice premium."

Musk noted Tesla employees would remain shareholders of the company and keep that fact similar to the current structure of SpaceX. This would not change even if Tesla went private. Musk noted it would allow employees to still be able to periodically sell their shares and "exercise their options." Despite the similarities in shareholdings, Musk stated the intention of his idea is not to merge SpaceX with Tesla.

My hope is *all* current investors remain with Tesla even if we’re private. Would create special purpose fund enabling anyone to stay with Tesla. Already do this with Fidelity’s SpaceX investment.

"Basically, I’m trying to accomplish an outcome where Tesla can operate at its best, free from as much distraction and short-term thinking as possible, and where there is as little change for all of our investors, including all of our employees, as possible," Musk concluded.

Did Musk Violate Regulations with his Tweets?

Musk has never shied away from putting the latest company happenings on Twitter first, but could these tweets have said too much?

Currently, Regulation Fair Disclosure (or FD) requires that companies "distribute material information in a manner reasonably designed to get that information out to the general public broadly and non-exclusively."

Similar public posts from other CEOs on social media have triggered investigations. Netflix's CEO Reed Hastings made a comment on his personal facebook page about a spike in shares. That post alone triggered an investigation by the Securities and Exchange Comission.

“If a company has always issued its earnings releases in a conventional matter, and it had not alerted investors, then that can be a problem, because an investor who happens to watch the Twitter feed, may have an unfair advantage,” said Ira Matetsky, a partner at Ganfer Shore Leeds & Zauderer in Manhattan, in an interview with Market Watch.

No one will know for sure until the SEC pursues an investigation. However, the tweets certainly piqued the interest of financial analysts and Tesla fans alike.