Musk says he hopes that eventually dented and damaged Teslas will be able to be repaired within the day or even the hour. Musk reportedly announced the plan at the company's shareholder meeting in June and has now made it public in a series of tweets.

Tesla is bringing most collision repairs in-house, as outside firms take weeks to months for repairs, driving Tesla owners (and us) crazy

He said once the service is up and running it will have the goal to make each vehicle "better than before accident." He says Tesla only repair shops will have an edge over your average crash repairs because they will only deal with the electric vehicles.

In response to a fellow Twitter user who questioned whether it was the shops' fault or the lack of parts, Musk replied, "Outside repair shops are jack of all trades, which means supporting 1000's of makes & models. Tesla collision repair specializes in three. Having all parts in stock & not waiting for insurance approval also make a world of difference."

Outside repair shops are jack of all trades, which means supporting 1000’s of makes & models. Tesla collision repair specializes in three. Having all parts in stock & not waiting for insurance approval also make a world of difference.

The not waiting for insurance approvals is the part that has most people worried. This would be impossible unless Tesla did the repairs for free or took on the initial costs themselves until the insurance paid up.

But this payment might differ from the work done if it is not pre-approved. Many repair shops blame their slow repair times for Teslas on difficult to access spare parts. To get Tesla parts, mechanics or members of the shop must drive to pick up needed parts from one of Tesla's showrooms or service centers rather than order them and have them delivered like other major car makers.

Musk admits that having a good spare parts production process and delivery system has not been a priority for them but that it will be fixed. "Service & parts supply, in general, will be the top Tesla priority after we get through the insane car delivery logistics of the next few weeks," he wrote on Twitter. 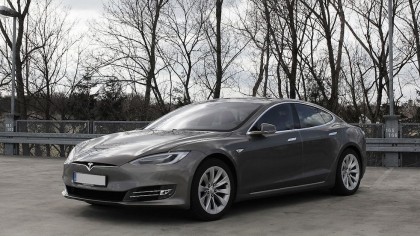 The insane delivery logistics Musk mentions relates to the company's push to get as many cars on the road as possible this quarter. To do so, Musk and Tesla have rebuilt the delivery process, offered cars for immediate delivery and even dropped paint options all in a bid to push production and delivery numbers for the quarter.

First-day reservation holders were emailed by the electric car company earlier this month that a bunch of Model 3 Rear-Wheel Drive vehicles were now available for immediate delivery on a first come, first served basis. Tesla has been producing batches of Model 3's that weren’t custom made for Model 3 buyers, and have since been trying to match these cars to orders.

People interested in the deal could hurry down to the Fremont factory and pick up a car. Tesla is keen to have a profitable quarter and seem willing to try anything to get there.