The Boring Company released a short video highlighting the production of Boring Bricks.

Elon Musk’s tunnel development startup, The Boring Company shared a video on Twitter yesterday to highlight the production of its Boring Bricks. These bricks are made up of dirt that is excavated during the underground drilling for tunnel development.

These low-cost bricks are made by compressing the dirt at extremely high pressures and adding a small amount of concrete for binding. According to Musk, the cost of one brick can be as low as 10 cents, making it an ideal candidate for a low-cost housing development.

The short video shared by The Boring Company essentially signals that the manufacturing of these bricks are already underway.

These LEGO inspired Boring Bricks were initially announced by Musk in the month of March this year. The bricks are rated for California seismic loads and are stronger and better than cinderblocks.

Apart from being used for low-cost housing, Musk said that his company also wants these bricks to be used for making scaled replicas of well-known structures like Egyptian Pyramids, The Sphinx and The Temple of Horus to name a few.

During the information session at the Leo Baeck Temple in Los Angeles, Musk revealed the images in his presentation showing the use of the dirt bricks for the development of wall and an Egyptian-themed model kit.

The idea to utilize the excavated dirt as a byproduct is beneficial for the company over the costly and time-consuming process of disposing of the dirt offsite, and is equally environmentally friendly. This is especially meaningful as the company recently won the contract to build a transit system in Chicago between downtown and O-Hare airport.

The Boring Company says that the bricks can also be used as a portion of the tunnel lining rather than making use of additional concrete.

The concept of using materials from the earth to develop buildings is not new, however. These bricks are often known as Compressed Stabilized Earth Blocks (CSEB) and are being utilized all over the globe. 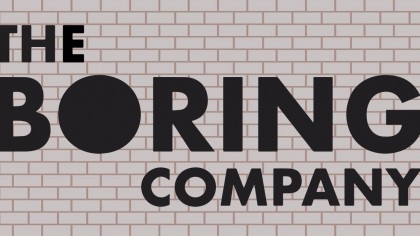 While the Boring Bricks may be good to be used for rural housing, its application for the development of urban housing according to an LA-based architect David Hertz is not practical enough. He said that in places like LA where land prices are premium, Musk's bricks are too big to be mass-produced and used for low-cost housing.

In addition, the bricks weigh more than standard building materials and thus require a bigger foundation and more energy consumption during the construction process. Eventually, the finished product will occupy more room, leading to fewer spaces due to thicker walls.

Only time will tell whether these bricks can bring a difference to the low-cost housing or not. But, making use of environmentally friendly materials over concrete is indeed a great idea.

In addition to the bricks, The Boring Company also revealed a video yesterday on adding the feature of changing light colors inside their testing tunnel in LA through a remote control.