Elon Musk's SpaceX To Lay Off 10% Of Its Workforce

The announcement comes as the company begins to prepare for crucial projects in the coming months.

Elon Musk-led company, SpaceX will be cutting 10% of its 6,000 employee workforce as part of a new strategic realignment, as the company ventures forth into the next generation of projects. The latter part of that idea seems to be the driving point of SpaceX’s decision. The company stated that a decision to “part ways” with some of its manpower has been taken in anticipation of “extraordinarily difficult challenges ahead”.

SpaceX has had a stellar year, with multiple successful projects across 2018. If anything, the company is taking the steps needed for the Elon Musk company to expand its projects and build on the last year's success. 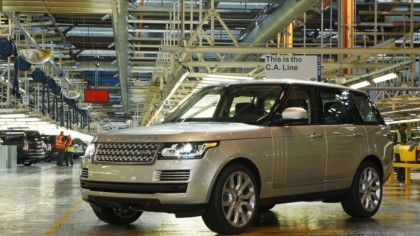 This is not the first time in recent news that SpaceX is cutting down on its workforce. This past summer and throughout 2018, SpaceX has occasionally resorted to lay-offs, however, this is the biggest adjustment to the workforce in recent years. To understand SpaceX’s decision one should take a look at the company’s upcoming projects.

The company makes a majority of its money from commercial and national security satellite launches, including two multi billion-dollar contracts from NASA. Even more so the company has countless successes with its own innovative technology, launching their Falcon 9 rocket 20 times in 2018.

Moving into the future, SpaceX is also undertaking the costly creation of Starlink, a satellite internet system, as well as the company’s next generation of rocket and the interplanetary, Starship.

Elon Musk has made it clear that he has ambitious plans for SpaceX in the coming years and this decision to let go some employees could be a way to simply reduce costs and even cut down on some of the lower performing employees at the company, allowing for more investment in these projects.

As stated by SpaceX, “To continue delivering for our customers and to succeed in developing interplanetary spacecraft and a global space-based Internet, SpaceX must become a leaner company.”

"Either of these developments, even when attempted separately, have bankrupted other organizations. This means we must part ways with some talented and hardworking members of our team. We are grateful for everything they have accomplished and their commitment to SpaceX’s mission. This action is taken only due to the extraordinarily difficult challenges ahead and would not otherwise be necessary."

It will be interesting to see what 2019 will bring to the SpaceX team.