These Energy-Recycling Stairs Make Walking Up and Down Much Easier

Researchers from the Georgia Institute of Technology and Emory University have developed and built an energy-recycling device that can assist individuals to effectively walk up and down the stairs. This innovative device is a temporary and affordable solution for patients recovering from surgery or for pregnant women.

Essentially, the energy-recycling device is composed of a group of springs and pressure sensors that work together to harness the compressive force applied when an individual fully descends on a step. Instead of the kinetic energy going to waste by dissipating through impact and braking, the energy is stored as potential energy in the springs. As an individual step up to ascend, the sensors pick up on the pressure and start releasing the stored energy from the springs to provide a boost up. According to the researchers, the boosting energy makes it 37% easier for the knee to step upwards compared to walking up on conventional stairs.

Karen Liu, an associate professor at the School of Interactive Computing at Georgia Tech, explained that it is the descending portion of the whole walking up and down the stairs that wastes energy.

"Unlike normal walking where each heel-strike dissipates energy that can be potentially restored, stair ascent is actually very energy efficient; most energy you put in goes into potential energy to lift you up. But then I realized that going downstairs is quite wasteful. You dissipate energy to stop yourself from falling, and I thought it would be great if we could store the energy wasted during descent and return it to the user during ascent". 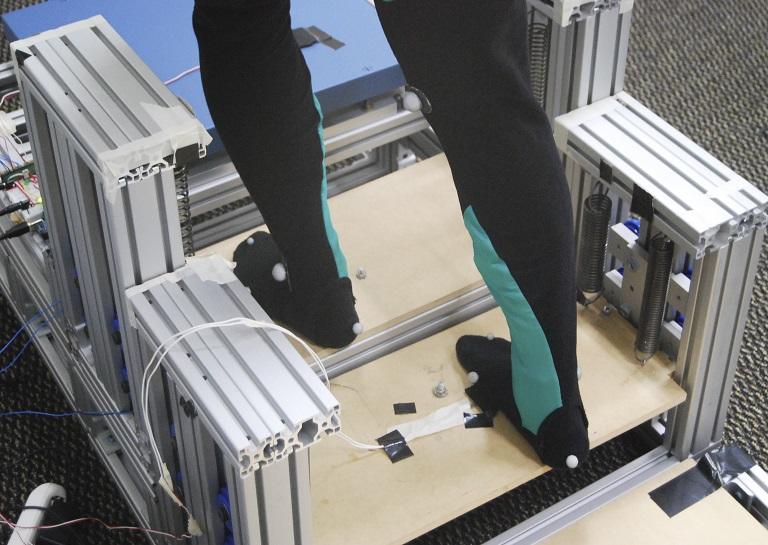 The energy-recycling device also possesses an important physical feature, which significantly absorbs kinetic energy and prevents us from tipping off the steps.

"The spring in the stairs, instead of the ankle, acts as a cushion and brake", said Yun Seong, a postdoctoral researcher at Georgia Tech who built the energy-recycling stairs. "The gentle downward movement alleviates work by the trailing ankle, which is what keeps you balanced and prevents you from falling too fast on normal stairs".

An affordable solution for people with climbing difficulties

According to the team at Georgia Tech, their energy-recycling device is a considerably low-cost solution compared to conventional devices currently on the market to cater for people with climbing difficulties. The team devised the stairs so it only uses minimum power and that it won't require permanent installation. It can simply be placed on existing staircases without the need for costly alteration of the surrounding fixtures.

"Current solutions for people who need help aren’t very affordable. Elevators and stair-lifts are often impractical to install at home", said Liu. "Low-cost, easily installed assistive stairs could be a way to allow people to retain their ability to use stairs and not move out of their homes", she added. 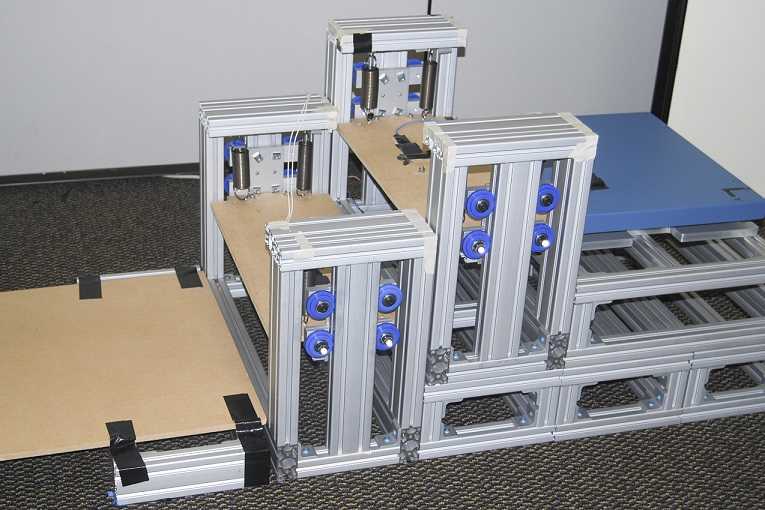 Liu and her team also suggested that the temporary energy-recycling device could effectively be utilized by patients recovering from surgery or for pregnant women. Essentially, this innovative design is a practical and affordable solution for people who require temporary stairs assistant.

A study on the energy-recycling stairs was published in PLOS One on the 12th of July.

SEE ALSO: Riding This Pedal-Powered Lift Is Way Better Than Taking the Stairs