Stretching out a rubber band warms the material up, and releasing it cools it down a comparative amount. However, if you stretch a rubber band and allow it to cool to room temperature before releasing it, the rubber actually drops below room temperature. Applied Science on YouTube saw this phenomenon and decided to see if he could make a thermal engine out of the cooling of rubber bands. The end result is actually rather stunning, and even though the temperature drop is minor, the technology does seem to work. Check out the science and the build process below.

The spark for this project comes from the thermodynamic properties of rubber bands. They stretching and releasing of the rubber bands results in about a 2 degrees Celcius change in each direction respectively. This isn't enough to say, cool your drink down, but it is enough to, in theory, create a kind of thermal engine refrigerator. The prototype built in the video is rather simple, but the technology behind it could be refined and a crank-able rubber band mini fridge could theoretically become a reality some day. 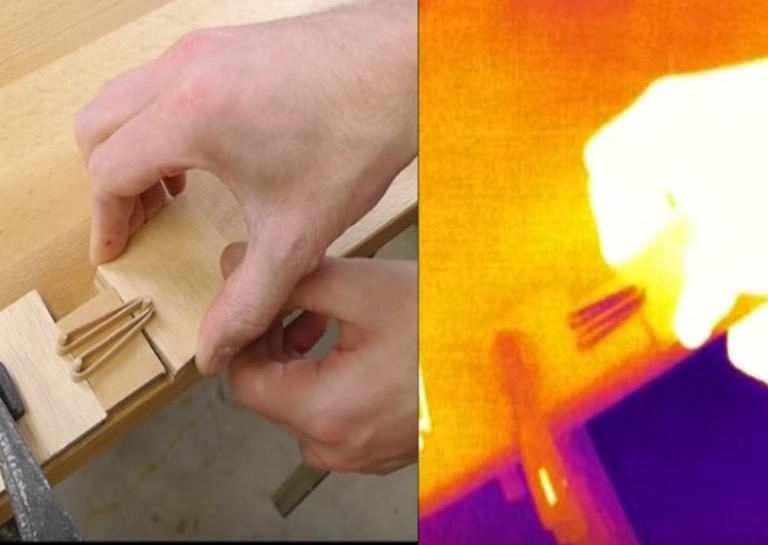 Fed up With the Lockdown, Couple Builds Fantastic Mini Pub in Their Back Yard