Engineers have been trying to design flying cars for many years now, and one tinkerer has created one of the most interesting designs we have ever seen. Aerospace engineer Dezso Molnar has created a motorcycle-like gyrocopter inspired flying car concept which is a little out of the ordinary. He has taken his contraption out to the Mojave desert to test, and he can reach some pretty incredible speeds, but he isn't off of the ground yet.

Gyrocopters are like helicopters, but the rotors spin passively. The engine in gyrocopters instead propels the craft forward, and this forward motion is what spins the rotors overhead generating lift. Dezso wants to escape the common thought that flying cars can never be a reality for the everyday person, according to Popular Science. To do this, he created his flying car machine by himself in his garage. Granted, it likely required a significant monetary investment, but he was able to create an incredible machine. The motorcycle-style vehicle seen in the video will eventually be transformed into a gyrocopter. Dezso also plans on creating a flying car racing league out in the Mojave desert. That would likely attract quite the crowd and be something the world has never really seen before. 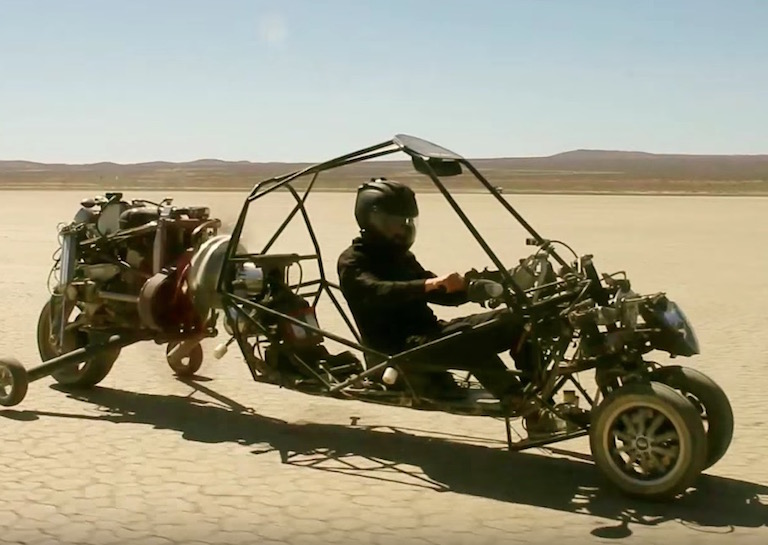