Projects that Totally Nailed It During the London Design Festival

The London Design Festival serves as one of the largest and most innovative festivals in the world. It celebrates the unsung heroes of engineering and design.

In addition to the engineering-based projects and exhibitions of the world's leading engineers, London Design Festival highlighted the Victoria & Albert Engineering Season, which focused on the importance of melding robotic technologies into engineering, architectural design, and the creative process.

Professor Achim Menges led a panel on interdisciplinary design with computer scientists, structural engineers, biologists and material scientists. He shared his experiences on researching and practicing on the development of integral design processes at the intersection of morphogenetic design computation, biomimetic engineering, and computer aided manufacturing as well.

The festival prominently celebrated Ove Arup, one of the foremost engineers of the 20th century, with a retrospective called "Engineering the World: Ove Arup and the Philosophy of Total Design." British-Danish engineer Arup founded the Arup Group Limited, an international company. The company serves as a world-wide leader in design, engineering, project management, planning, and consulting services.

The festival also featured three engineering-based projects that garnered a lot of attention from the design, engineering and modern art scenes. 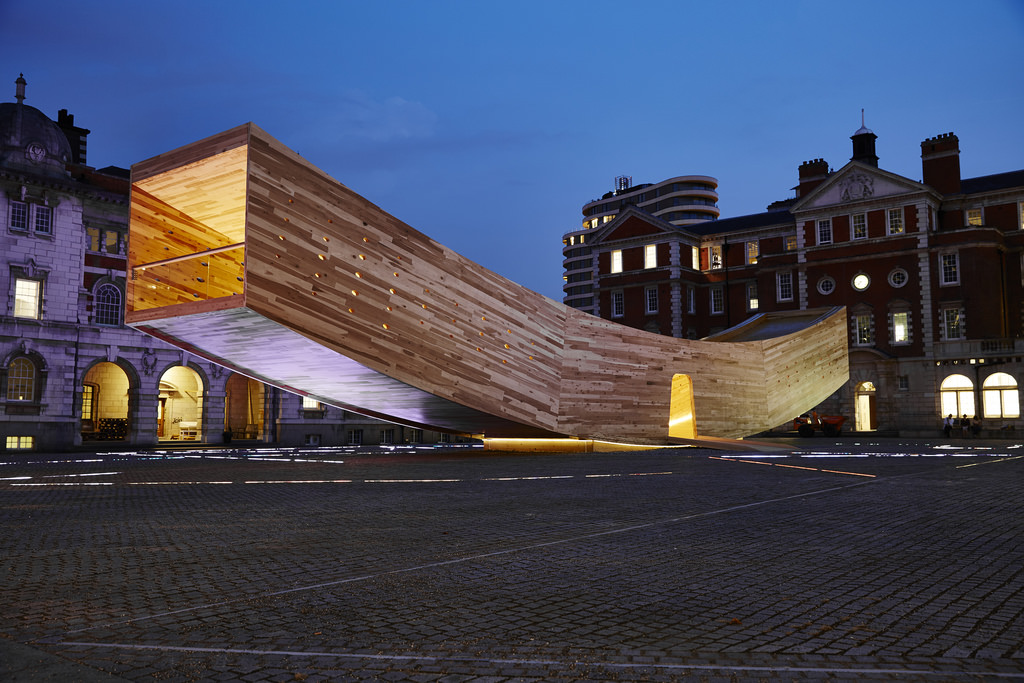 This extraordinary structure resulted from the collaboration of Alison Brooks Architects and Arup Engineering. It appears in the courtyard of Chelsea College of Arts and seems to defy gravity with its upturned edges. Using high-performance cross-laminated tulipwood has enabled the team to create the most complex CLT structure ever built. For AHEC, "The Smile is one of the most important developments in a decade of research into structural timber innovation with structural engineers" 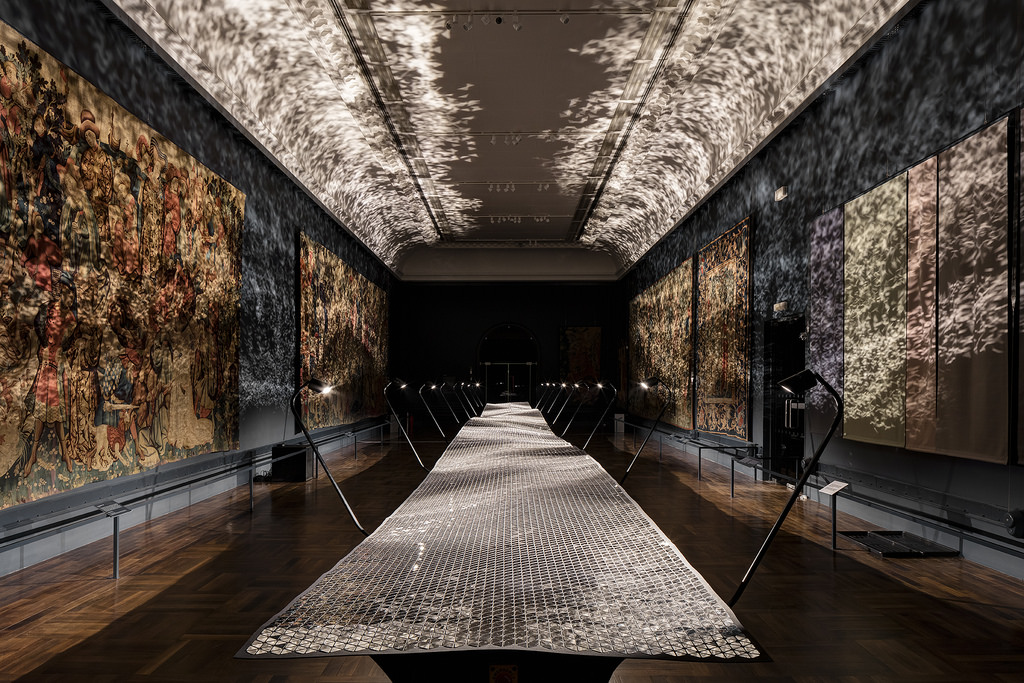 Award-winning design entrepreneur Benjamin Hubert's FOIL is a constantly-moving installation that fuses technology, metal, and light to get an impressive effect. The 20-meter-long spinning ribbon contained 50,000 individual metallic panels that slowly morphed and reflected the LEDs around the room. The multi-sensory installation is also designed to control temperature, light, and humidity itself in the gallery. 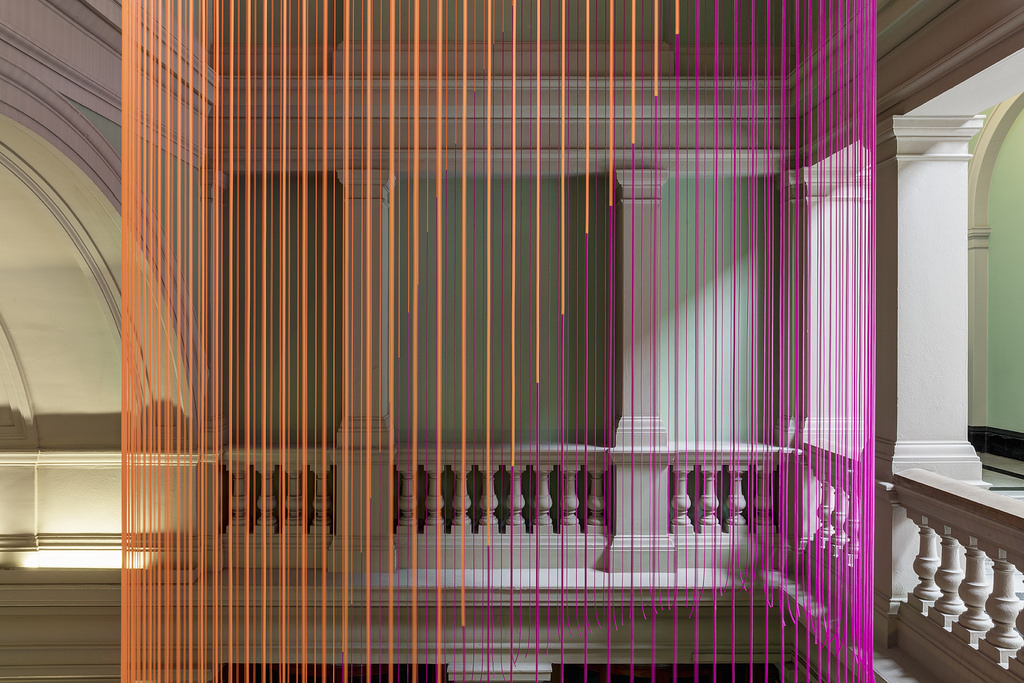 British-based design duo Glithero presented The Green Room, a kinetic installation centered around the passage of time. This complex and dramatic installation hangs from a motorized revolving CAM arm and models the circular motion of the arms of a clock. The movement of the cords creates an optical illusion as well. 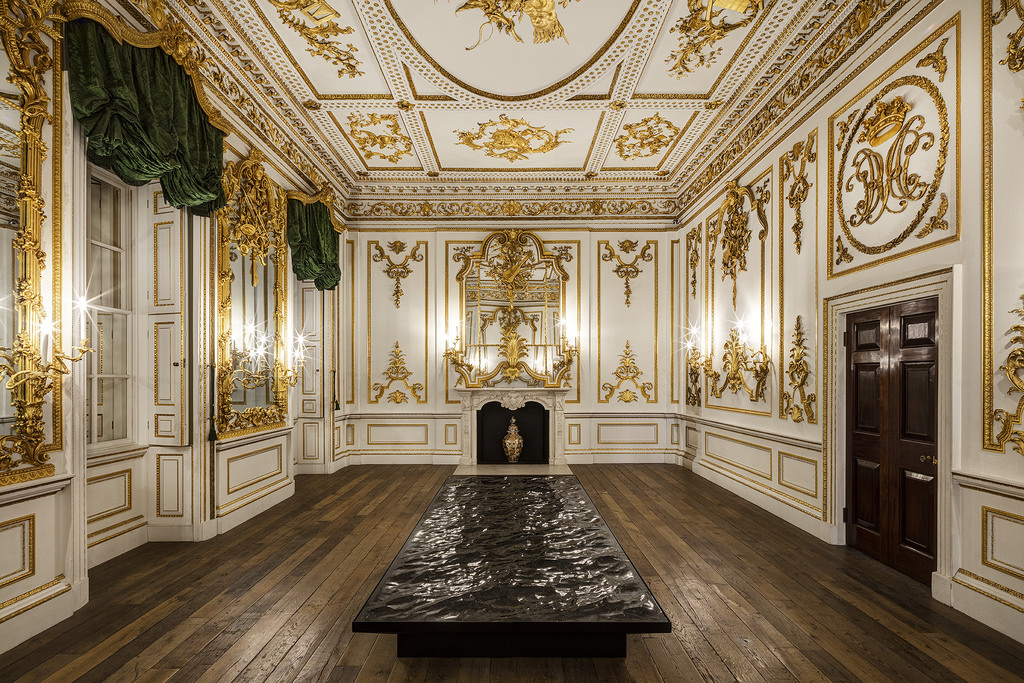 Lehanneur presents Liquid Marble as a part of a series which explores the material nature of marble. One vast slab of hand-polished black marble perfectly mimics the rippling motion of water. It reflects and distorts itself by a combination of 3-D software, digital innovation, and algorithms.

Surprise! Lamborghini Just Announced That It's Bringing the Countach Back