Shoelaces that constantly come untied is one of the most annoying things about footwear. The phenomenon has puzzled many after constantly having to bend over and tie their shoes. "How could a knot that I haven't touched come untied?" we have asked. Thanks to a team of mechanical engineering researchers, we finally have an answer. 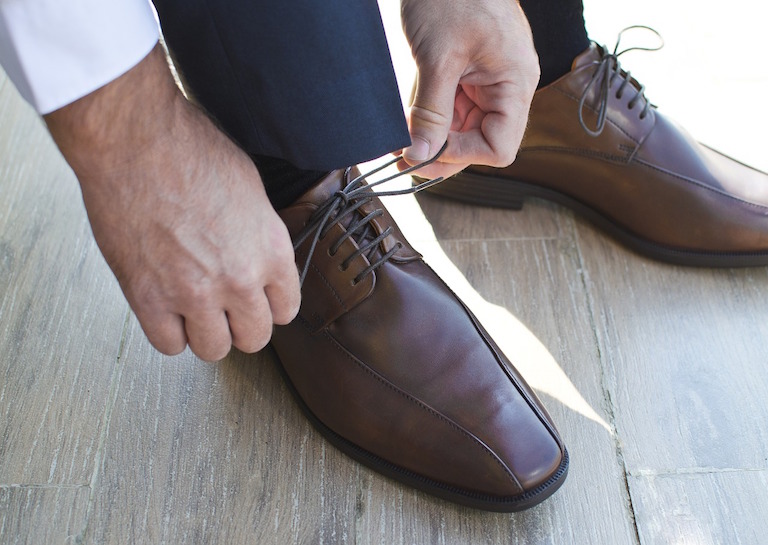 Why do shoelaces come untied?

It seems that the constant stomping and movement of feet as we walk slowly loosens the shoe knot. When repeated over and over again, the shoelaces gradually work themselves free and become untied, according to Engineering.com.

While this solution may seem like the obvious answer, the finding represents a deeper understanding of how knotted structures fail. To reach their conclusions, the researchers carefully measured the forces on a shoe when a volunteer ran on a treadmill. The team tested the two different kinds of shoe knots: the granny knot and the square knot. Each knot ends up with the same 2-hooped result, but the actual knot structure is slightly different.

By observing multiple volunteers, collecting force data, and utilizing slow motion cameras, the engineers were able to pinpoint the stronger knot and the various steps involved in the untieing process. The square knot was determined to be the much stronger knot when tying your shoes. As for the steps, it seems that the laces undergo a gradual loosening step then a sudden "catastrophic failure" step, according to Nature.

Some interesting results were found as a result of this study as well.

The team found that the walking motion was unique in its ability to untie the knots. One version of the knots were tested that failed in just 15 meters of walking. However, when the same knot was tested with volunteers simply jumping or swinging their feet, the knots stayed intact. Further study of this allowed the team to conclude that in order for shoe laces to untie themselves, the entire walking motion is needed in conjunction.

More precise research equipment than human volunteers into the forces involved was used as well. The team developed a pendulum that would repetitively run into a plate. This simple pendulum was created to mimic leg movements, which allowed the team to create a constant environment to study the forces at play.

The team was able to develop equations and calculate the exact slippage rate of shoelaces based on the material and type of knot at play. Even with this extensive research on a seemingly simple subject, there are some things about the knots' failure modes that we still don't understand.

And the winner is... The square knot!

The square knot proved to be much more resilient compared to the granny knot. It only failed half of the time whereas the granny knot always failed. Theoretically, the knots should have the same amount of internal frictional forces applied, but something causes them to respond very differently to the forces at play. This is the next scientific question that the team wants to answer.

While the study was on shoelace knots, the applications of the research far outreach the shoe industry. Understanding knot untieing could mean changes for the surgical industry, marine industry, and mountaineering industry.

Who knew that shoelaces untieing themselves had such a complicated physical effect?

YouTuber Explains Why Toyota, Volkswagen, Mercedes-Benz and BMW Are Not Offering More EVs

Circular Runway Concept for Planes is a Terrible Idea, This Video Shows Why