This one-person sub isn’t watertight and is powered by pedalling. It will be put to test in July this year at the European International Submarine Race in Gosport, England.

The budding engineers completed the design last year in December and finished manufacturing the submarine last month. “Just eight months ago this was an idea,” Aiden Massey, the club’s vice-president told CTV News. “And it’s been really cool to see it come to reality.”

The human-powered submarine is far different from the conventional one. It is not airtight and can only allow a single person to squeeze into. The pilot has to wear a face mask in order to breathe from an air tank.

The sub also has a steering control system which consists of a rudder that can be controlled by the pilot with a side to side handlebar motion, similar to the way we control the bicycle. To remain stable, the sub is integrated with air diaphragms throughout its length to create buoyancy forces against the forces generated due to gravity from the hull and other components. 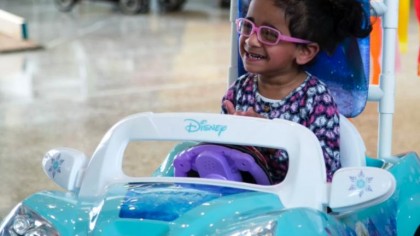 In addition, the students have also included a number of safety features like safety buoy and dead man’s switch so that the pilot can signal that help is required.

“We’ve put some brakes off a bike that the pilot has to hold all the time so that if they were to go unconscious, that releases and trips a safety mechanism. That puts out an orange safety balloon that will float to the surface,” said Ry Henderson, member of the University of Victoria Submarine Racing Club. “When someone sees that, there’s a button outside the hull they can press. It’s spring-loaded, shoots the hatch off and you can get people out pretty quick,” he said.

The group members managed to design and build this human-powered submarine within a short period of 8-months. “Most other clubs give themselves about two years to design and build a submarine. So the fact we got this done and built in eight months was a pretty big feat,” said Dan Snyder, steering-control section lead and a 4th-year mechanical engineering student at UVic.

They recently completed the third test run with their paddle-powered sub successfully to ensure all the systems are in shape and can function properly during the competition.

The team is set to participate at the European International Submarine Race, which is scheduled to start from July 3 in Gosport, England. 18 teams will take part in this race that is not just about testing the speed of their subs, but also the maneuvering ability.

The race will have a slalom course at a maritime testing facility and the approximate length of the course will be 175m. However, the distance traveled by the subs can be short or long, depending on how sharp they manage to take the turns.