Engineers at Hackerloop have designed and built a prosthetic Nerf gun for their colleague, it fires with flexing forearm muscles.

A group of engineers has created a prosthetic nerf gun that can fire when the user contacts their forearm muscles. The idea for the awesome invention started when engineers at Hackerloop realized they had a huge advantage in Nerf warfare over their colleague Nicolas Huchet, who lost his hand a few years ago.

To make the battle even more worthy, the talented group of engineers started to think about how they could build Huchet a gun that didn’t require a trigger - and so the prosthetic nerf gun was born. The team used basic equipment available online, EMG technology and a whole lot of talent to create the prosthetic weapon in just two days.

In this case, when Huchet contracted his forearm the muscles activity was sent through a cheap Arduino computer which then triggers the gun to fire.

“Electromyography is a great way to make the body communicate with hardware. We used it to detect electrical impulses and translated them into instructions for our gun. You could think of a thousand other uses.

You could think it’s not the first problem to solve for people with disabilities, but in fact being able to have fun with your friends with these wonderful toys is also a real game changer”, the Hackerloop team says.

Hackerloop creates technology with a smile

HackerLoop is a group of Berlin and Paris based engineers who dedicate their time to creating and building awesome projects. They describe themselves saying: “Hackerloop is keen on fun, silly, or outright stupid projects, as long as it brings fun and smiles.”

The team has written a really in-depth Medium post describing in detail the way they built the arm. Here are the basics:

First three electrodes are placed on Huchet’s arm to read different muscle activity. This activity is sent to the sensor which then transferred to the transmitter (on Arduino type device) which can then initiate the fire signal.

This fire signal is sent to the actual gun which is made from a modified Swarmfire Nerf gun. The gun was fitted perfectly to Huchet’s arm using a custom 3D-printed sheath and casing.

The team made a ridiculously cool video of Huchet roaming the streets with his new ‘arm’ firing Nerf bullets at will. The build is a lot of fun, but it also opens the doors to how the same technology could be applied to different applications.

The Hackerlop team has created a whole swathe of insanely fun projects from this prosthetic Nerf gun to the Nosulus Rift. Nosulus Rift is described as ‘virtual reality taken to the next level’. 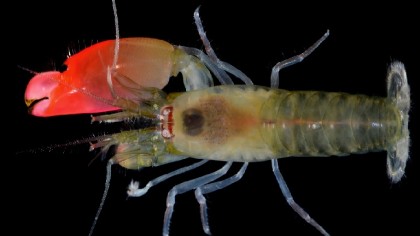 Smell the farts in gameplay

Essentially it is a mask that fits over a person's nose and mouth to provide factory additions to video games. The Nosulus Rift was made to pair exclusively with the South Park game ‘The Fractured but Whole’ in which the characters attack, move and jump using the power of farts.

Are you getting the idea? While on the surface Hacker Loopseemsm obsessed with such immature humor like fart jokes and Nerf battles they are, in fact, building cutting-edge technology and having the time of their lives doing so.