A team with the Bristol Robotics Laboratory created a robot that could produce energy by consuming living organisms. 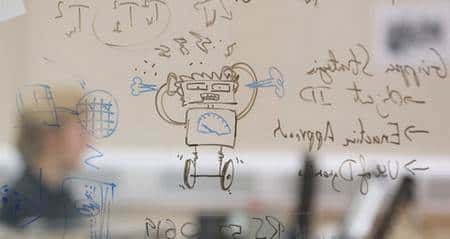 The droids eat algae through a polymer membrane mouthpiece. Algae-filled water goes into the robot's 'stomach' that includes a microbic fuel cell. The bacteria dissolves the organic food, and that gives the bot energy. The robot then excretes waste through a canal in the back. The robot can also "die" and decompose away.

BRL researchers noted the robot became more efficient with more microbic fuel cells. However, only a small amount of energy can be produced at any given time. They decreased some of the energy spent on consumption by adding special polymers.

Soft robots allow robotics engineers to create robots from nontraditional material and develop artificial responses to biological systems, according to the BRL website.

The BRL team says the robot can function independently for extended time. Thus, they plan on using the robot in water environments or possibly toxic aquatic spaces.